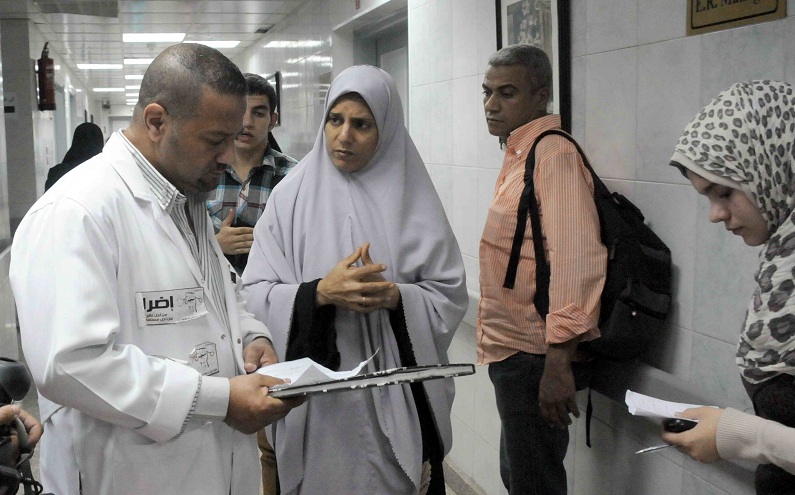 The Doctors Syndicate’s primary disciplinary council ordered on Sunday the suspension of three doctors for one year for promoting the Hepatitis C and AIDS curing device without following the appropriate scientific procedures, according to a syndicate statement.

“The three doctors’ [actions] resulted in harming millions of citizens physically and psychologically,” the statement read.

The verdict comes after complaints were filed against the three doctors.

The head of the council, Rashwan Shaaban, told Daily News Egypt that the procedures the three doctors should have followed included conducting scientific research on animals and humans, discussing it in conferences, and publishing it in scientific journals, all of which the three doctors have not done, according to Shaaban.

“Of course this reflects the incredibility of the device,” Shaaban explained, adding that the doctors claimed that they used it on patients, which would be an even “worse crime.”

By promoting the device, the three suspended doctors reportedly followed major Ibrahim Abdel Atty El-Sayed, who announced in February 2014 that the device cured AIDS and Hepatitis C with 100% guaranteed results, saying “I promise you that after today there will be no more Hepatitis C patients.”

In 2013, it was reported that an army official had developed a detection device for Hepatitis C, which divided scientists’ opinions around the world, who questioned whether the device was tested or was genuinely a scientific breakthrough, the Guardian reported.