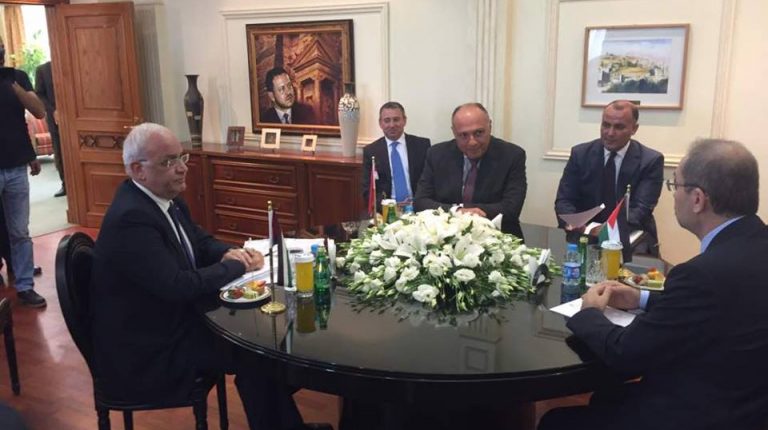 The Jordanian minister praised the high level of relations between Cairo and Amman and asserted the strength and deepness of the relations which he said has historical roots, the statement read.

According to the statement, the two sides discussed coordinating positions towards the Palestinian issue and its developments, and they asserted the necessity of working on reviving the peace process in the Middle East and reaching out to a fair and intensive compromise. They also asserted the importance of coordinating with the regional and international parties and the American administration.

Abou Zaid added that the meeting was followed by a tripartite one in presence of the lead negotiator of the Palestinian Authority (PA), Saeb Erekat, discussing the Palestinian issue and ways of boosting the peace process, especially before US president Donald Trump’s visit to the region.

Egypt’s Minister of Foreign Affairs stressed that Egypt supports the Palestinian issue, which is among the top of Egypt’s priorities. He added that the presence of a new US president created a positive power to push the Palestinian issue and this power needs to be invested in the resumption of Palestinian-Israeli negotiations, the statement read.