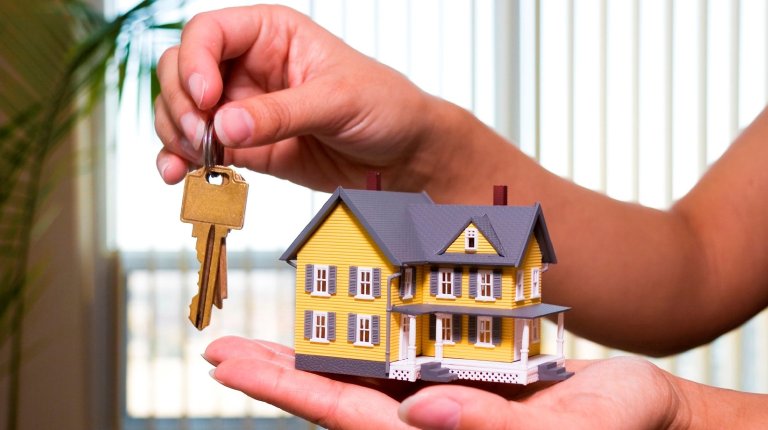 Most real estate developers claim that the increase in prices is due to the 100% increase in the price of raw materials after the Egyptian pound flotation.

The Central Bank of Egypt (CBE) had decided in early November to liberalise the exchange rate, when the dollar value reached EGP 19.

Therefore, the developers see that big jump in dollar value affected the cost of raw materials for the construction process. Companies raised the prices between 15% and 40%.

The majority of Egyptians are choosing to buy property as a safe haven against the large changes in the value of the Egyptian pound, which prompted many companies to raise prices to stimulate clients to buy at the moment, in addition to convincing them that the value of real estate increases with the high prices.

A recent study conducted by YouGov revealed that the trend of 48% of respondents wanted to invest in real estate after the pound’s flotation.

Tom Rhodes, exhibition director of Cityscape Egypt, said that real estate developers have raised their prices by rates ranging between 25 and 30%, following the decision to float the Egyptian pound last November.

Emad Al-Masoudi, the chief executive of the online portal Aqarmap, told Daily News Egypt that real estate prices rose during the last three months of 2016 by 16% to 35% during the year, while property prices in the previous year rose by 13%.

At the same time, real estate prices during the first three months of the current year saw a monthly increase of 5%, recording a 15% increase during the total three months. This increase is an adverse reaction to high inflation.

Al-Masoudi added that it is certainly a corrective case to adjust market prices to match the dollar.

At the Cityscape Egypt Conference held in March, he said that real estate prices rose by 9% during one month after the floating of the pound and rose again by 5% at the beginning of the current year, and then again by about 35% during the first quarter of the current year. He expected that prices would continue to rise to 50%, but not more than that.

Ashraf Dowidar, CEO of ARDIC for Real Estate Development, told Daily News Egypt that the company raised its prices by 25%, adding that this increase came as a result of the contracts signed with contractors at the time of having the price of the dollar at EGP 7, but that when the company opened the door of booking units, the dollar reached EGP 12, up about 70%; and in the current period after the flotation, the dollar value reached EGP 18 and the contractors are asking for an adjustment in the price.

Therefore, the cost of construction increased by 100%, while the natural increase in prices reached 40% to 50%.

“We are increasing with the extension of payment to facilitate the process to the customer,” said Dowidar. On the other hand, Ashraf Salman, the chairperson and CEO of AUR Capital and executive president of ARCO said that the company did not increase its unit prices by more than 15% after the flotation decision, while maintaining long-payment periods set by the company before the flotation for up to 12 years.

Ashraf Diaa, the managing director of ERA West Associates, said prices had risen twice, the first time before the flotation and dollar appreciation in March 2016 and the other time after the flotation in November. Before the flotation, some companies and developers stopped their sales because of recent increases in the price of the dollar and its unavailability to reoffer their project with higher prices, according to the dollar value at that time.

Diaa told Daily News Egypt that after the flotation, price increases ranged between 20% and 38%.

Diaa added that as a result of economic circumstances and the pound depreciation, which fell after the flotation, the buyer was forced to accept the highest prices and forced the developer to set up facilities such as a 10–year payment period. For example, the Lavande project of ARCO gives a payment period of 12 years.

“Some companies resorted to decreasing the down-payment or remove it altogether and all the facilities provided by the companies, because the analytical situation of the market says that the prices of raw materials are increasing and developers cannot provide more increases in unit prices so as not to lose customers. Additionally, companies do not want to postpone their commitment to deliver the units, as agreed on in contracts,” noted Diaa. “Real estate companies extend the payment period while they simultaneously raise prices, so the customer does not feel the large increase in price.”

Diaa advised to buy before Ramadan because this month will see further increases in unit prices.

Price increases led to the redirection of some 80% of customers as they redirected to other companies with more facilities and lower prices or less specifications and less spaces.

Wadila Developments CEO Maged Helmy said that his company raised its prices by not more than 10% following the appreciation of the dollar and the floatation of the Egyptian pound, as a result of the high prices of all building materials and the cost of implementation of real estate units.

Helmy told Daily News Egypt that the company raised prices less than the real increases in the cost of construction, in order to not harm the customers and to meet the needs of a large tranche of those people.

He pointed out that the percentage of the increase reflects the strength of the financial position of the company and its commitment to customers.

Furthermore, Beta Egypt for Urban Development’s chairperson, Alaa Fekry, told Daily News Egypt the average price increase in the real estate sector following the liberalisation of the exchange rate ranges from 20% to 30%, and Beta Egypt maintains prices of some units of its projects and raises the prices of other units by only about 10%.

He added that there are high rises in the prices of building materials, which resulted from the rise of the dollar value. For example, the price of concrete increased by 70% and aluminum by 80%, and the average rise in the cost of construction of the metre is estimated at 65%.

On his side, the Saudi-Egyptian Construction Company (SECON) CEO Darwish Hassanin said the cost of carrying out the company’s projects increased by 20-25% following the rise in the prices of construction inputs. The company has raised the prices of units of new projects to cover the burden of these increases in costs.

He noted that the Egyptian economy faces a challenge, namely the exchange rate and the challenges of recovering the value of the pound, pointing out that if the flotation of the Egyptian pound is purely a bank decision, it requires some economic measures to ensure the return of the pound’s value, including increasing resources of foreign currency, through increasing exports, providing foreign currency through the reduction of imports, and establishing alternative industries and crops in Egypt.

While the head of the Building Materials Division at the Federation of Egyptian Chambers of Commerce (FEDCOC), Ahmed Al-Zainy, told Daily News Egypt that the increase of prices of local building materials, such as sand and cement, ranged from 2% to 20%; imported materials increased by 30% after flotation, although they reached 50% to 60% in the second half of 2016; and construction brick prices increased by only 20%.

Al-Zainy added that the large price increases carried out by real estate companies are unjustified and large compared to the increase in prices of building materials.

However, Daker Abdellah, member of the board of directors of the Egyptian Federation for Construction and Building Contractors (EFCBC), said that the crisis of building material surges extended to road projects, which were affected significantly by the rise of raw materials, the most important of which is bitumen (used for road surfacing and roofing), which represents more than 75% of the value of the budget of road construction. The price of a tonne of bitumen increased by 133.5% after the pound flotation, where its new price now stands at about EGP 6,070 per tonne instead of EGP 2600 before the flotation. This represents a new burden on construction companies. Furthermore, the increases reduced working capital of small and medium enterprises because they cannot afford those increases that began since March 2016 and the liberalisation of the exchange rate in November 2016.

“The road works represent about 20% of the cost of carrying out residential projects, so the increase in this cost will enforce developers to raise the prices of housing units and to load the burden on the citizen in the end,” said Abdellah.

He warned of the tumbling of some real estate companies in the coming period, especially small ones, following the recent changes that are represented in dollar appreciation and its impact on the prices of building materials and the cost of carrying out housing units, in addition to high wages and the application of VAT and other challenges that contributed to raising the cost of implementation.