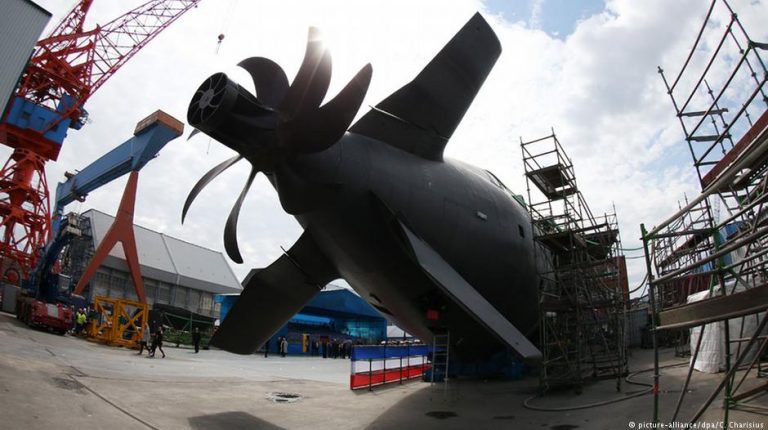 Germany and Singapore have inked a contract on the delivery of two more submarines for the Asia Pacific nation. Countries in the area have all stepped up their efforts to strengthen their navies.Singapore’s navy is to get two more German-made 218SG submarines. A delivery contract between Singapore and German ThyssenKrupp subsidiary Marine Systems was inked on Tuesday.

As maritime trade in Asia Pacific grows, regional states there have all increased the strength of their navies, with naval budgets in the region expected to surge by 60 percent through 2020.

News website TodayOnline reported the latest additions would bring the total number of type 218 submarines in Singapore’s fleet to four.

State of the art

“At steady state, the four 218SGs will complement each other in maintenance, logistics and operations and will have better capabilities to protect our sea lines of communications,” Defense Minister Ng Eng Hen announced at the International Maritime Defense Exhibition on Tuesday.

The four German submarines in question are to replace older models from Sweden. The two additional submarines from Marine Systems are to be delivered by 2024. No price tag was mentioned, but experts said the deliveries would be worth at east 1 billion euros ($1.1 billion).

The German submarines will have fuel cell drive technology, enabling them to be smaller, more flexible and a less noisy.