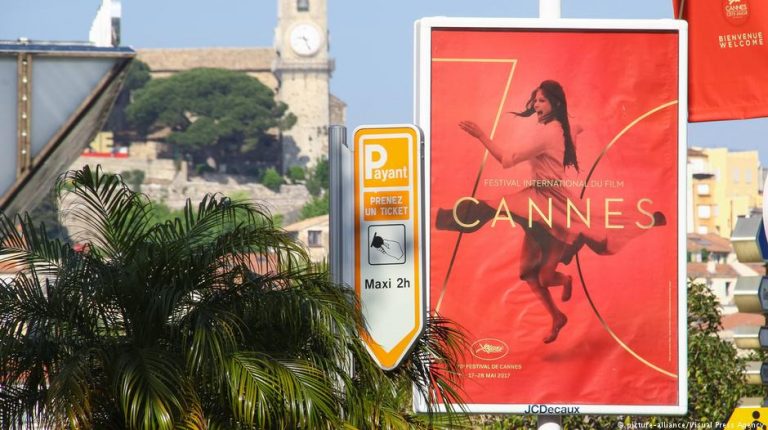 Nicole Kidman’s red carpet stroll won’t be the only highlight in Cannes. Nineteen films are competing for the world’s most prestigious film award, the Golden Palm, including a German movie and indie films from the US.Impressive film posters and huge billboards usually draw attention to the latest Hollywood blockbusters at the Cannes Film Festival. But this year, it’s a different story. Major US film studios that tend to use Cannes as an advertising platform for their massively expensive productions are hard to find.

Not even one single movie produced by a major US film company is in the competition for the sought-after Palme d’Or.

That, however, doesn’t mean that US directors are totally absent from the competition. With Sofia Coppola and Todd Haynes, two of the most interesting US filmmakers will be participating. Three additional US productions are also present – “Good Time” by Joshua and Ben Safdie, “The Meyerowitz Stories” by Noah Baumbach, and “You Were Never Really Here” by Scottish director Lynne Ramsay.

They will compete against films from Asia and Europe, with host country France dominating the scene as usual – this time, with eight productions and co-productions.

Germany is making a particularly strong showing in 2017. After having been largely ignored by its neighboring country for years, last year’s triumph of Maren Ade’s “Toni Erdmann” may well be responsible for the change in attitude towards Germany. In 2017, German director Fatih Akin was invited for his film “In the Fade.”

Those who think broadly in terms of national categories may also count Munich-born Michael Haneke. The latest film by the Austrian citizen, “Happy End,” is a German-French-Austrian co-production.

Cannes goes around the world

Some exciting films have also been contributed by Russia, Hungary and Greece, while Asia is represented by movies from Japan and South Korea.

But over the next week and a half, Cannes offers more than just a selection of world-renowned directors vying for prestigious trophies. The list of stars parading on the red carpet is likely to be equally impressive, and the paparazzi as numerous as ever. At least in this regard, Hollywood will be heavily represented.

Eagerly expected among the stars is Nicole Kidman, who performed in several films shown at Cannes. Hollywood star Jessica Chastain is a member of the international jury, along with Will Smith. In addition, Julianne Moore and Jake Gyllenhaal are expected to make appearances, as is Kristen Stewart. She has chosen her roles well – starring in “The Twilight Saga,” for example – and achieved her international breakthrough over the last few years.

The Cannes Film Festival took place for the first time in 1946. In the post-war era back then, one of the objectives was to create a counterbalance to the Venice Film Festival, which had been discredited due to its alleged ties to Italian fascism. Cannes was intended as a celebration of culture and film – a goal that wasn’t easy to achieve as the event could not take place twice due to a lack of money.

There was still a long way to go. It took until the 1950s for Cannes to establish itself as the world’s most important film festival. What contributed to this development may have been the special appeal of southern France and its mild climate that drew many of the world’s most outstanding directors.

Back to the classics

Many productions that are now seen as classics once celebrated their premiere there, and many of them were awarded a Golden Palm – among them “The Third Man” and “La Dolce Vita,” as well as later masterpieces like “Padre Padrone,” “Taxi Driver” and “Yol.” German directors belonging to this exclusive club are Volker Schlöndorff (“Tin Drum”) and Wim Wenders (“Paris, Texas”).

This year, the festival goes on a journey through its own history by featuring numerous legendary movies.

Still, as always, the main focus of the festival will remain the new productions in the competition. Spanish star director Pedro Almodóvar heads the jury. The lucky winner of the Palme d’Or, as well as other awards, will be handed out on May 28.

Julian Assange documentary to air in the US