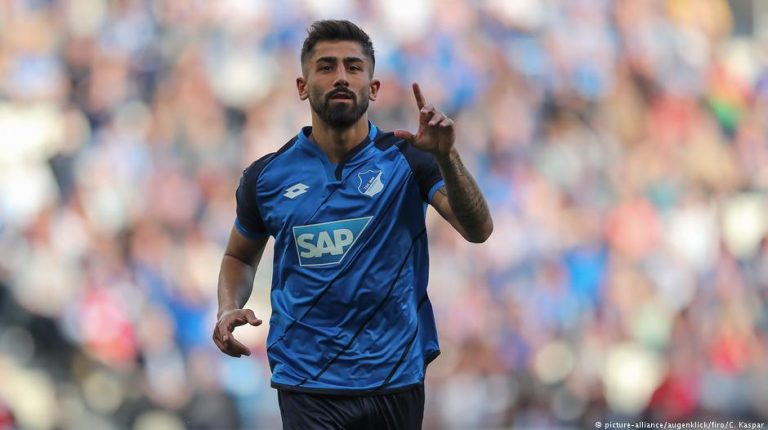 Among the players that Joachim Löw has nominated for the Confederations Cup is Kerem Demirbay, who was also eligible to play for Turkey. The Hoffenheim midfielder chose Germany at the last minute.Germany coach Joachim Löw’s naming of Kerem Demirbay to the national team on Wednesday came as a surprise to reporters at the DFB’s (German football association) headquarters in Frankfurt, as it was thought that the 23-year-old, who was born in Germany intended to play for Turkey, the country of his parents.

Asked about his decision to nominate Demirbay, Löw said that he was “pleased that he has decided to play for us.”

Shortly after Löw unveiled his squad for next month’s Confederations Cup in Russia, the Turkish football association (TFF) released a letter written by Demmirbay to the world governing body FIFA, dated May 15 (Monday) in which he declared his intention to play for Turkey.

Demirbay has in the past played for Turkish youth teams teams but has never been called up to the full national team by head coach Fatih Terim, meaning that legally, there was nothing standing in his way of playing for Germany.

“I am delighted at being named to national team coach Joachim Löw’s team for the Confed Cup in Russia,” Demirbay said in a statement posted on Hoffenheim’s website,” adding that his nomination was a “dream come true.”

“I have decided to play for Germany because I was born and grew up here and identify with the German national team,” he added.

Later on Wednesday, the TFF released a statement via its website saying that it “respected” Demirbay’s decision and wished him success in his career.

Asked about the letter to FIFA, Demirbay’s agent, Tobias Sander, told the DPA news agency that the intention was “to enquire as to whether it would have even been possible for him to play for Turkey,” as Demirbay holds a German passport and Germany does not allow dual citizenship. The assumption is that Demirbay would have had to acquire a Turkish passport to play for Turkey, meaning he would probably have had to give up his German citizenship.

Opinion: Under Nagelsmann, Hoffenheim are well-primed for European football