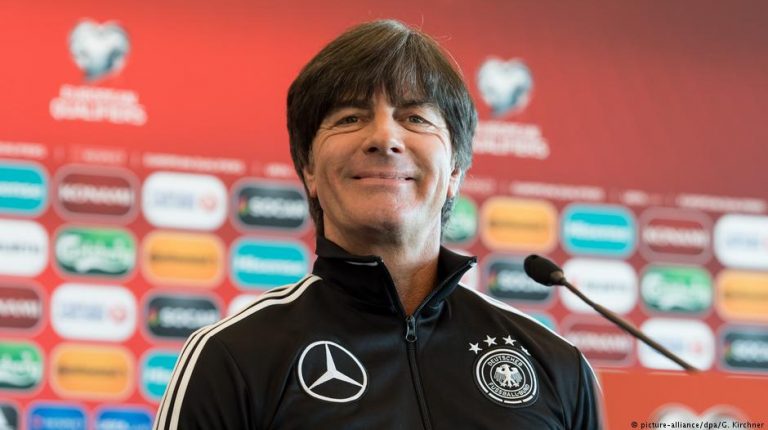 Germany head coach Joachim Löw has named six new players to his roster for this summer’s Confederations Cup. Among those getting his first call up to the national team is 29-year-old Hoffenheim striker Sandro Wagner.The Hoffenheim striker (pictured, above) is part of the squad that Joachim Löw unveiled at a press conference held at the DFB’s (German football assocation) headquarters in Frankfurt on Wednesday.

“Sandro Wagner has a different way of playing. He has scored a lot of goals in the Bundesliga in the last two years,” is how Löw explained his choice to reporters.

Schalke’s Leon Goretzka has also been included in the squad for the Confederations Cup, while Leipzig’s leading goal scorer, Timo Werner, is expected to lead the attack for the Nationalmannschaft.

Löw didn’t name Marco Reus to the squad as the Dortmund player had already ruled himself out. Other notable absentees include Manuel Neuer (Bayern Munich), Benedikt Höwedes (Schalke), both of whom are injured, as well as Mesut Özil (Arsenal), Mats Hummels and Jerome Boateng (both Bayern Munich).

“We are preparing for the Confederations Cup in the most professional way possible,” Löw said, adding that the squad is based largely on the players’ performance in this year’s Bundesliga. “We have many young players with huge potential,” he added.

Löw said he was confronted with the problem that the Confederations Cup takes place partly parallel to the under-21 European championship and that he and U-21 coach Stefan Kuntz had had to carefully consider which young players would play in which tournament.

“There is no perfect solution, There are players who could have helped either team,” he said.

Löw also stressed that the Confederations Cup was just an “intermediate station, which we will use to gain experience. The top priority is the 2018 World Cup and the road to Moscow. The World Cup is the biggest tournament of all.”

Germany, who are in Group B for the Confederations Cup, open the tournament with a match against Australia on June 19 in Sochi. They then go on to face Chile in Kazan, before returning to Sochi, where their opponent will be Cameroon.

The Confederations Cup, featuring eight teams, including the various continental champions, is held one year before every World Cup. The hosts, Russia, Portugal, Mexico and New Zealand make up Group A.

Portugal: world champion of everything cork