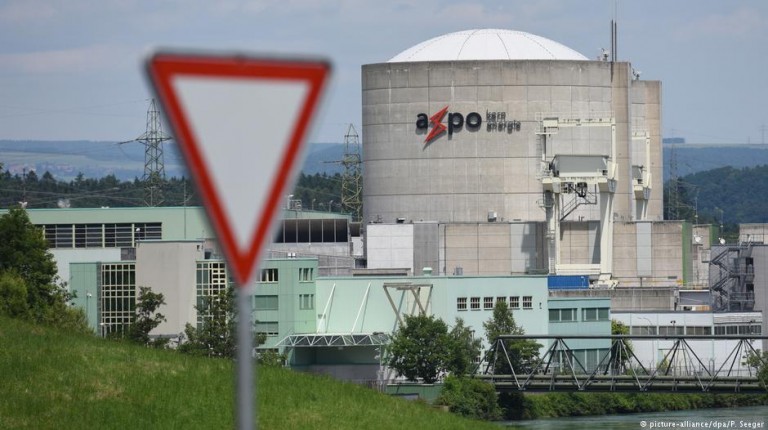 Switzerland will go to the polls on Sunday to decide on a government plan that aims for a withdrawal from nuclear power in favor of renewable energy, with the costs of the move being in the focus of the campaigns.Sunday’s referendum comes after a signature campaign organized last October by the Swiss People’s Party (SVP) gave the right-wing opposition party enough support to contest the government’s controversial energy plan in a popular vote.

Under the plan called “Energy Strategy 2015,” the centre-right government wants to ban the construction of new nuclear power plants, with the five existing ones – including the world’s oldest operating reactor, Beznau I – being decommissioned at the end of their technically safe operating life.

Moreover, it wants to substantially increase solar, wind, biomass, hydro and geothermal energy. To fund the costs of an estimated 480 million Swiss francs ($489 million, 439 million euros) a year, consumers will have to pay a surcharge on their electricity bills. About 450 million francs would be earmarked from an existing fossil fuels tax to help cut energy use in buildings by 43 percent by 2035 compared with year 2000 levels.

Additionally, the country’s hydroelectric utilities will share 120 million franc in annual subsidies to help them compete in European energy markets, where prices have been constantly falling in recent years.

Currently, renewable resources account for under 5 percent of Switzerland’s energy output, compared with 60 percent for hydro and 35 percent for nuclear. The new law wants to raise renewable energies to at least 11,400 gigawatt hours (GWh) by 2035 from 2,831 GWh now.

Switzerland’s Energy Strategy 2050 was devised following the Fukushima nuclear disaster in 2011 and is spearheaded by energy minister and current Swiss President Doris Leuthard. It mirrors similar efforts elsewhere in Europe to phase out nuclear power – most prominently in Germany where the last reactor is scheduled to go offline in 2022.

The opposition’s campaign against the plan has focused on what customers and taxpayers will pay for the measures and whether a four-fold rise in solar and wind power by 2035 can deliver reliable supplies.

Toni Brunner, leader of the SVP, said the law would lead to “massive increases to the price of energy while leaving Switzerland without adequate, reliable power.”

SVP has estimated that a family of four would pay 3,200 Swiss francs in extra annual costs and that more intermittent wind and solar energy would mean a greater reliance on imported electricity.

Swissmem, the electrical and mechanical engineering industry lobby, has also urged a “no” vote, citing the variability of renewable supply. “Even limited interruptions in our electricity supply can cause massive costs,” said spokesman Ivo Zimmermann.

Energy Minister Doris Leuthard has dismissed those estimates as highly inflated. She said the package would cost the average family 40 francs more a year, based on a higher grid surcharge to fund renewable subsidies. “The SVP is including costs related to a second phase of the Energy Strategy that is not up for a vote,” she said in a television interview.

Polling so far suggests the law will be approved in the binding referendum, but support has slipped. A survey this month by research institute gfs.bern for state broadcaster SRG showed 56 percent of voters backed the law, down from 61 percent.