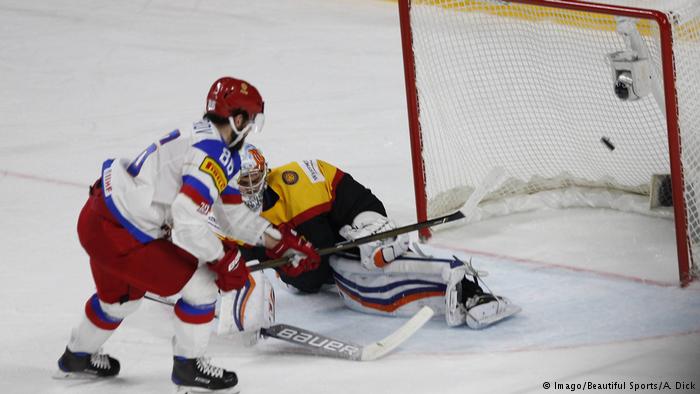 Germany’s run at the Ice Hockey World Championship in Cologne has come to an end after a 2-1 defeat by favorites Canada. Russia, who beat the Czech Republic, await Canada in a mouthwatering semifinals.Germany’s entertaining run in Cologne has been ended by an impressive display by Canada.

Goals from Mark Scheifele in the first period and Jeff Skinner in the second was enough to defeat a Germany team that ultimately lacked the quality to live with their superior opponents, who boast a team full of NHL talent.

Germany, who have five NHL players in its squad, started resolutely but offered nothing as an attacking force and conceded late in the period, to deflate the atmosphere inside the Lanxess Arena.

The Germans’ first shot on target came in a powerplay two minutes from the end of the second period, but Canada were able to absorb that attack and hit back with the second goal of the game, a scrappy finish from Skinner.

Germany were hit with a 10 minute misconduct penalty for David Wolf in the third period, which didn’t help their cause as they looked for a way back into the game.

This emboldened Germany for the final few minutes of the contest, but ultimately their efforts were in vain as Canada sealed the win to set up what will be one of the most anticipated games of the tournament against Russia. Finland will face Sweden in the other semifinal.