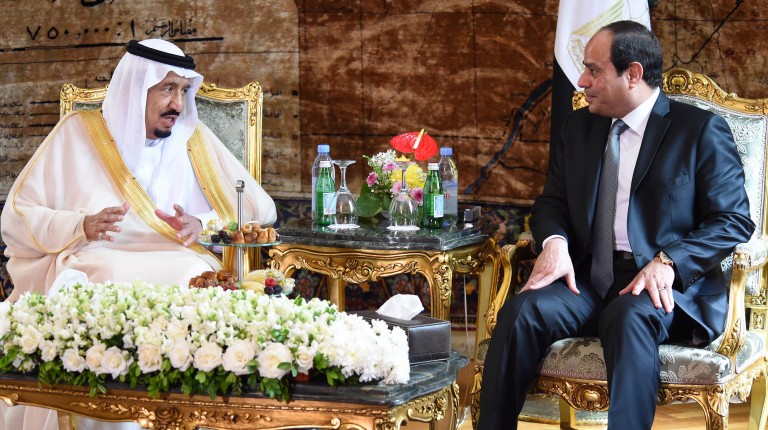 After several years marked by turbulence and uncertainty, Egypt’s economy suffers numerous challenges, from political unrest and declining tourism to foreign currency and fuel shortages, which led the government to adopt a reform programme to improve Egypt’s public finances.

Innovation and economic progress go hand in hand; supporting SMEs and tech startups is a step that is recommended by almost every financial expert and is part of Egypt’s economic reform programme, as they can absorb thousands who join Egypt’s workforce annually, using such human capital to boost the economy and increase exports.

The 2017 International NASA Space Apps Challenge Cairo Hackathon brought together developers, engineers, scientists, educators, and students. The Space Apps Challenge, which lasted 48 hours in cities around the world, played a role in empowering the participants with new knowledge and tools needed to face 21st century challenges.

Apart from the fact that the challenge has helped Egyptian innovators to begin to contribute to the global innovation ecosystem, it also afforded them the opportunity to share knowledge and solve tough challenges concerning the future of our local space and technology sector. The hackathon, which was held simultaneously in about 192 cities all over the world, was a unique platform that connected Egypt and Africa—in a new way—to the most cutting-edge technologies and economic drivers of tomorrow.

Events such as these can pave the way into a larger tech startup and SME sector in Egypt, increasing knowledge and supporting young innovators financially and scientifically can be the cornerstone of such change.

“The International Space Apps is one of the greatest events that Egypt could host. Innovation is part of the youth’s characteristics. I encourage you all to delve into the topics of the International Space Apps, provide ideas, change perceptions, and keep on trying to think about space exploration and how we can improve life on Earth in the future,” said Farouk El-Baz, director of the Center for Remote Sensing and research professor at the Departments of Archaeology and Electrical and Computer Engineering at Boston University.

The small and medium enterprises (SMEs) form the backbone of any country, especially the emerging economies, and the growth of small and medium-sized companies is an important factor for any sector until the financial integration in the formal economy.

It is estimated that around 40-60% of Egyptians work in the informal sector, so absorbing this sector is integral to the growth of the economy, while providing support to short and medium enterprises (SMEs) was advised by the International Monetary Fund (IMF) and is a part of the Egyptian economic reform programme.

According to the Ministry of Planning, the communications and information technology (ICT) sector topped the state’s fastest growing economic sectors​ in the first quarter (Q1) of the fiscal year (FY) 2016/2017. The sector achieved a growth rate of 11.2% in this period. Improving this sector could play an important role in boosting Egypt’s economy.

This year’s Cairo NASA Space Apps​ Challenge was sponsored by IBM and various other parties, who together made it possible. IBM will provide internship programmes to the challenge’s winning teams, as well as provide technological support when needed.

The National Research Institute of Astronomy and Geophysics (NRIAG), which was the scientific sponsor for this year’s​ challenge, provided the technical guidance for the participants​. “The space research lab is in the final stages of the project of a telescope, which will allow us to track the debris of every satellite to avoid collision, in addition to studying the effect that space has on the material used in satellites. The research is done by creating plasma in our lab, which has the same properties as in space,” said Yehia Ahmed Abdel-Aziz, the head of NRIAG’s space research lab.

The challenge is organized by the Egyptian section of the IEEE, which is the world’s largest technical professional organization dedicated to advancing technology. The IEEE Young Professionals (YP) Egypt, which has members who graduated from engineering faculties in the last 15 years, organises various types of events other than the NASA Space Apps Challenge, such as “Egyptian Engineering Day” and the “Made in Egypt” competition, which supports graduation projects with business planning and analysis, according to Sally Hamady, secretary of IEEE YP Egypt.

One of the app ideas that was proposed was an app called “Solarify”, which is a mobile application that makes it easier to understand your power consumption and solar power production rates. By entering information about the appliances you have, Solarify will calculate your average daily power consumption, and depending on your location, it will display to you the recommended solar power system that would best fit your power usage and the geographical region that you are in.

Another app idea, which will greatly complement Solarify, is called Solar Output Calculator & Consumption Planner (SOCC-P). The app’s main purpose is to calculate the output of a solar panel and then predicts the output according to the location on Earth.

Despite Egypt being the largest non-OPEC oil producer in Africa, it is the largest consumer of oil on the continent. The country’s use of oil accounts for 20% of Africa’s total consumption. Moreover, Egypt has Africa’s largest oil refinery capacity. It faces numerous energy challenges. Ensuring reliable, affordable, and sustainable energy is still a major challenge for the Egyptian state, especially after the country’s shift in recent years from being an exporter of natural gas to an importer.

Furthermore, energy consumption increased in the first decade of the 21st century, and gas demand grew by almost 9%. Gas became the main source for Egypt’s energy needs, reaching 50% of the total energy supply, compared to 35% in 2000.

According to the American Security Project (ASP), non-hydro renewable energy makes up only 1% of the total energy consumption in Egypt. Since 2014, Egypt has redoubled its efforts to develop and use more renewable energy in order to address the growing energy challenges, with the goal of producing 20% of the country’s energy supply from renewable sources.

In January 2015, Egypt declared its objective of producing approximately 4,300 megawatts of energy from solar and wind power within three years.

One of the apps proposed was an app that will integrate all the satellite information about underground water locations into the app, so that it would be found by prospect farmers and agricultural investors. The app is designed by Bassam Sherif and Ahmed Nasr, two high school students.

It is worth mentioning that the competition of space applications for Cairo in 2016 was the largest event in the world for the second consecutive year, where 55 teams competed in Zewail City of Science and Technology. The competition in Cairo in 2015 at the Nile University campus was the largest event that year as well, where hundreds participated in the event in order to work together to find solutions to the challenges posed by NASA.

Why is the Arctic melting faster than the Antarctic?

Rocket explosion is blow to SpaceX, Facebook and others