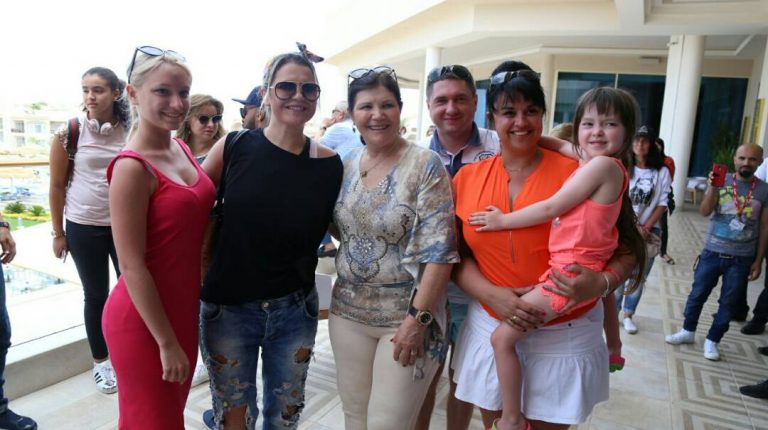 They arrived with Egyptian businessman Kamel Abo Ali in order to witness the opening of El-Batros Aqua Park, which is located in Sharm El-Sheikh. The new park includes a new hotel constructed with investments that exceed EGP 1 billion.

According to a press release sent by the president of the Red Sea Tourism Investment Association, Kamel Abo Aly, the aqua park covers 80,000 square metres.

Pictures of them visiting the Pyramids as well as the Egyptian Museum before heading to South Sinai went viral among social media users.

Ronaldo’s family is not the first to visit Egypt, for their visit comes two months after superstar Will Smith visited Cairo with his family to spend a couple of days visiting the Pyramids.