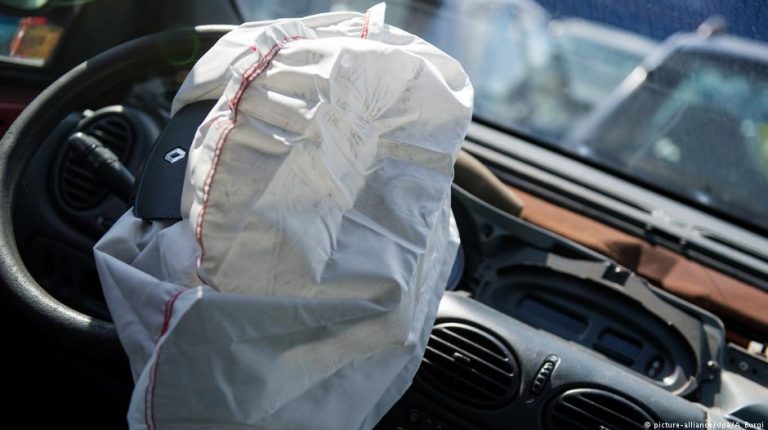 Four of the world’s biggest carmakers have agreed to a multi-million-dollar settlement after their customers sought compensation in the wake of a mass recall of faulty Takata airbags.The settlement deal is worth $553 million (497 million euros) and covers claims of about 16 million vehicle owners who had sued carmakers Toyota, BMW, Mazda and Subaru for compensation. Lawsuits against Honda, Ford and Nissan were not covered by the agreement, lawyers said.

In a joint statement, the four companies said they had agreed to the deal “given the size, scope and severity of the Takata recall,” and added that the agreement did not mean they admit fault or liability.

The settlement comes in the wake of mass recalls of airbags produced by Japanese company Takata. They began in 2008 and cover around 100 million airbag inflators used in vehicles made by 19 automakers.

Takata’s inflators can explode with excessive force and unleash metal shrapnel inside cars and trucks, and are blamed for at least 16 deaths and more than 180 injuries worldwide.

The majority of the air bag-related fatalities and injuries have occurred in the US. Therefore, Takata agreed in January to plead guilty to US charges of criminal wrongdoing and to pay $1 billion to resolve a federal investigation into its inflators.

Since then, carmakers have recalled 46 million Takata airbag inflators in 29 million American vehicles. By 2019, another 64

million to 69 million inflators in 42 million American vehicles are scheduled to be replaced.

The settlement also comprises an outreach program to contact owners, compensation for economic losses including out-of-pocket expenses, as well as a possible residual distribution payment of up to $500. In addition, owners can use rental cars while their cars are being repaired and get extended warranty for their vehicles.

The automakers said the settlements would still have to be approved by a Florida judge and would be overseen by a court-appointed administrator.

Shares of Takata, which was not named as a plaintiff in the case, jumped 20 percent in Tokyo on Friday, helping the struggling parts maker to find a financial sponsor to pay for the massive costs.