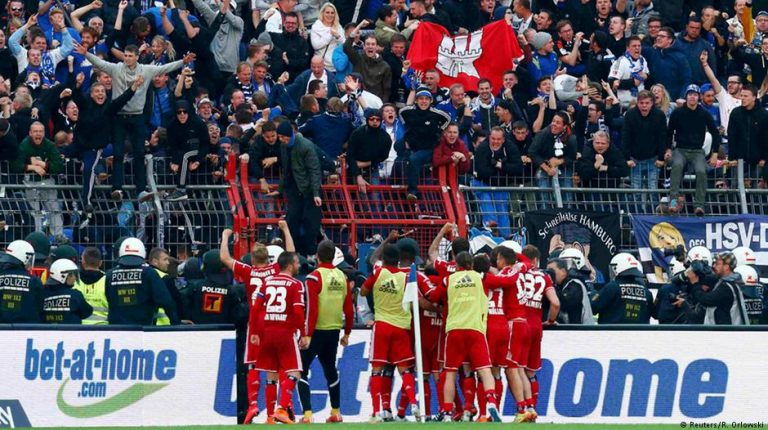 What if …? As the Bundesliga goes into its final day, DW takes you through all the possible permutations as the battles for third, the Europa League and survival go down to the wire.The relegation battle – who will survive?

14. Augsburg (away at Hoffenheim) will be safe if:

15. Wolfsburg (away at Hamburg) will be safe if:

… they avoid defeat.
… they lose, but Augsburg lose by a greater margin against Hoffenheim.

… must win. Any other result will see them face a third play-off in four years, most likely against Eintracht Braunschweig.

The team which finishes 5th in the Bundesliga goes straight into next season’s Europa League group stage. The team which finishes 6th must first navigate a qualifying round. Seventh place could also be enough, providing Borussia Dortmund beat Eintracht Frankfurt in the German Cup final on May 28, since Dortmund have already qualified for Europe.

6. Freiburg (away at Bayern Munich)

8. Werder Bremen (away at Borussia Dortmund)

9. Borussia Mönchengladbach (at home to Darmstadt)

… can finish 7th if they win, Bremen don’t win and Cologne lose.

If Cologne draw, Gladbach would have to win by eleven goals – which isn’t actually unheard of. On 29 April 1978, second-placed Gladbach beat Borussia Dortmund 12-0 on the final day of the season, but it still wasn’t enough as Cologne beat St Pauli 5-0 to win the title by 3 goals.

3. Borussia Dortmund (at home to Werder Bremen) will finish third if:

Here is the table as it stands going into Matchday 34, so you can work the rest out for yourself!