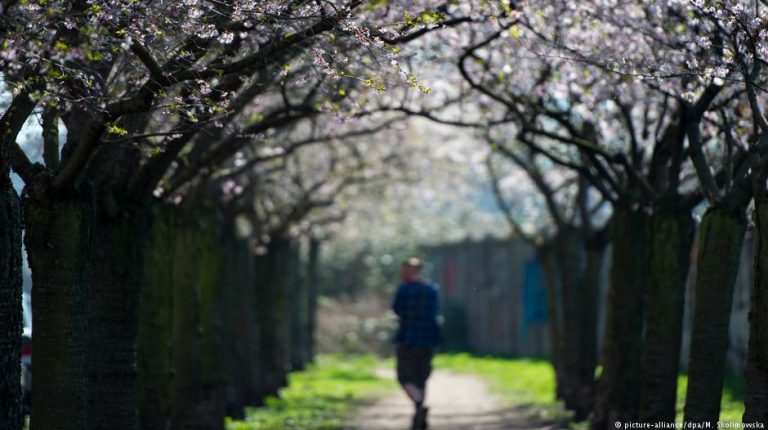 The German capital is hailed for its green spaces, where Berliners flock to at the first glimpse of sun. Check out our insider tips for the best nature hangouts – and find out if Berlin really is as green as people say.DW: You’re a nature conservationist. How green is Berlin in comparison to other cities in the world?

Herbert Lohner: Berlin is often called a green metropolis. That’s partially true – it may be so for Germany, but compared to other European cities, Berlin is rather below average, so to speak.

After reunification, it became much better for people in terms of green spaces, because lots of parks were built in the last 25 years on former protected border strips of the Berlin wall, which people hadn’t previously had access to, such as the park at Gleisdreieck.

Have green spaces in Berlin been deteriorating?

There’s a big problem with littering because of people intensively using green spaces – which is actually what they’re also there for, for people to use them. Garden maintenance is inadequate, and there’s a lack of resources with too few staff and too few trainee gardeners – many gardeners are retiring, and so more should be trained up.

Another issue is that while there’s many protected green spaces, there’s also many green spaces which aren’t protected from being built on.

Unfortunately in the last few decades, important pieces of land, including brownfield sites – such as old railway tracks and train stations which are no longer being used – have been sold off. In Germany, that’s a relatively new problem, because there’s no protection for brownfield sites.

Aside from parks and gardens, what else is meant by “green spaces”?

The green spaces running alongside bodies of water, such as rivers, canals and lakes, like Müggelsee and Wannsee, are very important for the city as well. We are calling for watersides to not be privatized, so that small pieces of land can’t be sold to private houses and shores or banks don’t become shut off. Banks are for people to use but they’re also important for a range of plant species.

There is also one category of green spaces that is a bit quirky, but it is something rather special: around 20 years ago, the first street tree gardens sprang up, which encircle trees on the street and are around two square meters wide, where people plant flowers. It was actually an art project, but a movement grew out of it, and nowadays they are often cared for by nearby café owners or citizens.

Could you name good and bad examples of how Berlin’s parks have been developed?

In Berlin, a good example of how a brownfield site has been turned into a park is the Natur-Park Südgelände in Schöneberg. It was formerly an old railway yard which was turned into a nature reserve several years ago. The old train structures have been integrated and nature has been carefully developed so that it’s become a mixture between a kind of industrial area and a forest.

A bad example is the development of the Gleisdreieck Park in Schöneberg, where most of the existing rail structures were removed and the park was completely redesigned.

But the people needed this park. There’s a guideline that every resident in Berlin has a right to 6 square meters of green space, within a 500-meter distance from their home. That is the case in some areas of the city like Pankow and Prenzlauerberg, but in others this just isn’t the case.

Another good example is the Nordbahnhof park – there, people succeeded in integrating the existing nature into the park’s development.

How can Berlin become greener?

Until now, people have been trying to protect green against grey, and have fought against creating more streets and buildings on green areas. But we have to reverse this direction and instead try to turn streets back into green spaces and introduce more greenery on building facades and roofs.

There are around 450,000 trees lining the streets in Berlin, but every year more are damaged than are planted.

In recent years, city greenery has gained more political traction because of climate change, as greenery cools down cities. That’s why it’s important to have trees on streets. A small park, for example, has a cooling effect that reaches a distance of 200 to 300 meters. A large park like Tiergarten or Tempelhof also only cools up to 200 to 300 meters, so we need more small parks.

What is your favorite park in Berlin?

The Schlosspark Buch, which are castle gardens and a European protected area. When I go to the train station on my way to work, I walk through the park and it’s really relaxing.

Herbert Lohner is a consultant on nature conservation for the Berlin branch of the nongovernmental organization Alliance for the Environment and Nature Protection in Germany (BUND).

The interview was conducted by Melanie Hall.

Good performance indexes in banks by end of January: CBE