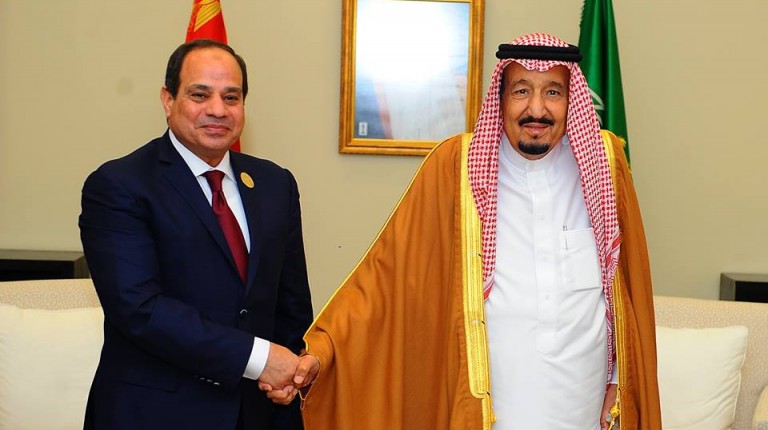 President Abdel Fattah Al-Sisi headed on Saturday in a two-day visit to the Kingdom of Saudi Arabia to participate in the US-Arab Islamic Summit, which will be held in the presence of US president Donald Trump on May 21.

Al-Sisi was invited to attend the summit by the King of Saudi Arabia, Salman bin Abdulaziz Al-Saud, a few days earlier.

The president is scheduled to give a speech during the summit, reviewing the Egyptian vision for formulating a comprehensive strategy to counter the threat of terrorism by intensifying international efforts to stop the financing of terrorist organisations and providing them with weapons and fighters.

International media outlets reported that Trump will also give a speech about Islam. Trump has already arrived to Riyadh where the summit will take place and met with Saudi leaders.

The summit, which will be held for the first time during the first foreign tour for Trump, will be attended by 56 Islamic countries.

It aims to discuss combating extremism and finding ways of eliminating illegal funding for terrorist organisation. During the summit, the Palestinian issue will be reviewed, along with the conflicts in Syria, Iraq, Yemen, and Libya.

However, a two-state solution and standing against Iran will come on top of the topics discussed during the summit meeting. Concerning the Palestinian issue, Trump is scheduled to head to Israel for additional talks over the two-state solution. The visit to Israel will follow the two-day visit to Saudi Arabia.

Al-Sisi commented on the efforts done regarding the Palestinian issue, saying that he believes in Trump’s ability to resolve the conflict, during his meeting with editors-in-chief of three state-run media outlets a few days ago.

Al-Sisi and Trump will meet on the sidelines of the summit. This is the second meeting between the two leaders in 2017, as they had earlier met in April during Al-Sisi’s visit to Washington.

Moreover, Al-Sisi’s visit will not only include attending the summit, but talks about bilateral relations, as the president is scheduled to hold bilateral meetings with a number of  leaders and officials from different countries, particularly those participating in the summit.

The meeting will discuss ways of enhancing and developing the bilateral relations, as well as the possibilities and opportunities of cooperating in different fields to achieve common interests.

For following up over the summit’s sessions, Saudi Arabia has launched a website to document information about the summit. Trump will attend two other summits with Saudi Arabia, which will include a bilateral summit between the two countries and the Gulf Cooperation Council (GCC) summit as well.

The summit is “the first of its kind in history, and it will renew our mutual commitment to global security and will further strengthen our already-deep business, cultural, and political ties,” according to the summit’s official website.

The summit will kick off under the slogan of “together we prevail”.

Saudi Arabia believes that Trump’s visit to the Middle East will prove that the US can build good relations and ties with Arab and Muslim countries.