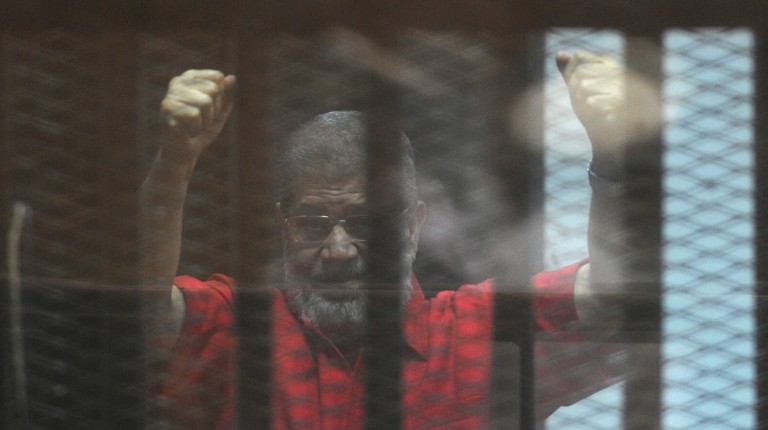 On Saturday, Egypt’s Cassation Court postponed to 3 June the appeal of former president Mohammed Morsi and six others in the case known in media outlets as “Qatar espionage”.

On 18 June 2016, the Cairo Criminal Court has sentenced Morsi and his secretary to life in prison, and sentenced two others to death, when they were found guilty of leaking state secrets to Qatar.

Morsi, who was also the leader of the Freedom and Justice Party, which is affiliated to the Muslim Brotherhood, is already facing the death penalty on other charges.

Morsi, the first elected president after the 25 January Revolution in 2011, came to power in 2012. However, he was ousted on 3 July 2013 after mass protests in opposition to his ruling.

The Muslim Brotherhood was labelled a terrorist organisation in 2013, following a court decision that banned the group. Thousands of its members are being tried in front of the Egyptian judiciary.