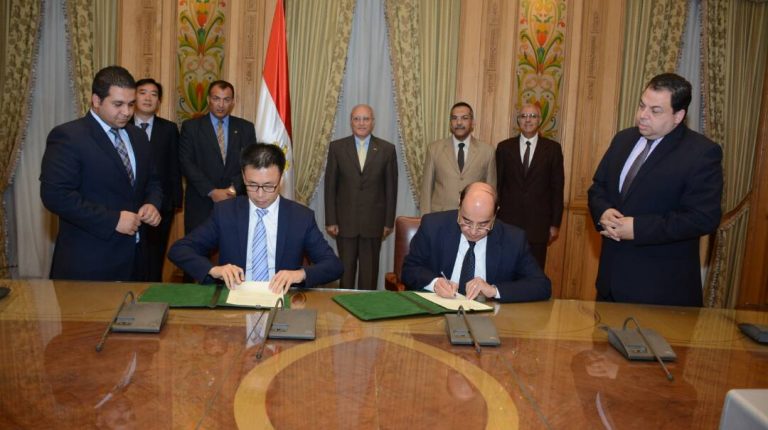 The two sides also agreed on the importance of expanding the cooperation between them to include research and development (R&D) in the other fields in which the company operates and in the joint manufacturing of smart metres, terminal controllers, protection circuits, and circuit breakers.

According to Mohammed Al-Assar, the Minister of Military Production, the National Organization for Military Production will cooperate with the Chinese company through the optimal utilisation of its capabilities to transfer the technology and settle this important industry, as well as joint manufacturing in cooperation with the military production companies and the training of personnel in this field. This protocol is considered the first step for strategic cooperation between the two parties.

He added that this cooperation will contribute to providing foreign currency, increasing the size of joint investments, serving the national projects in the country, and strengthening the bilateral relations between Egypt and China.

According to Deng Zhenhua, the CEO of DEC, they signed the protocol to exploit the huge potential of the military production companies to benefit from their vast experience of cooperation in that important field, such as the three-phase transformers.

Al-Assar discussed with Minister of Health Ahmed Emad El-Din Rady last week the executive position of the fields of cooperation between the two sides, through which they will establish several factories serving the medical field.

According to Al-Assar, it was agreed with the Ministry of Health to hold the first founding assembly of the “We Can”company on Sunday, aiming at initiating the establishment of a plant for the production of anti-tumour treatments.

Al-Assar stressed that the start of the implementation of the project for the production of anti-tumour treatments is considered national security and became an important necessity, especially in light of the high prices of the import of this type of drug.

According to Emad Eldin, the Ministry of Health pays great attention to exploiting the potential of its large technological plants to implement a number of projects that are of interest to the health of the Egyptian citizen, in cooperation with the Ministry of Military Production.

He pointed out that the existence of this plant will save the patients the cost of these medicines and ensure their availability; it will also save the state’sforeign currency that is being exhausted in importing expensive medication for tumours.

7.5% increase in Index of Manufacturing during March 2017: CAPMAS