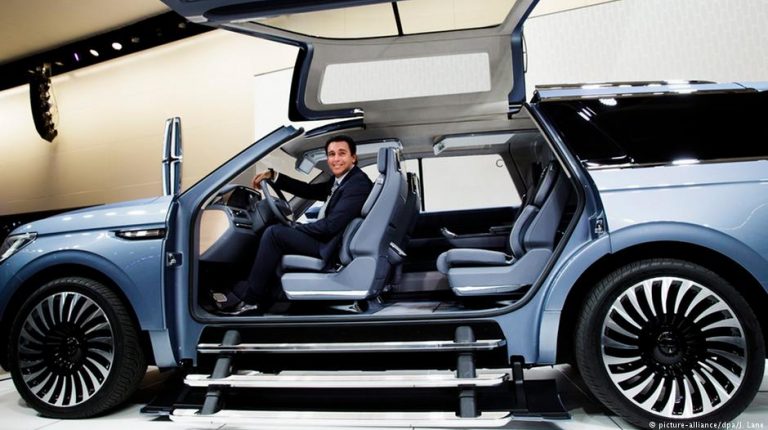 Since Fields took over three years ago, Ford shares have dropped nearly 40 percent despite a car boom in the United States. Last week, the hapless CEO announced cutting 1,400 jobs, partly in response to mounting concerns from investors and directors over the company’s share price.

Some analysts say that on his watch the company has failed to cut costs at its units making trucks and sport utility vehicles.But Christian Stadler, Professor of Strategy of Warwick Business School disagrees, calling the replacement “unnecessary.”

“The company was actually doing quite well in terms of profits. Only the share price was going in the wrong direction. This is obviously not a small point, but more of a reflection of unrealistic expectations,” he told DW.

Nevertheless, Ford’s profits for the first quarter fell $1.5 billion (1.3 billion euros) to $2 billion in its automotive segment, while it lost market share in the US to General Motors (GM) – Ford’s rival which posted rising profits that beat expectations.

Moreover, Ford’s board of directors and Chairman Bill Ford Jr. have sought more reassurance that investments in self-driving cars, electric vehicles and ride services would pay off.

Details of further executive moves were not immediately clear. The Wall Street Journal reported on Sunday that the company was considering new assignments for some of Fields’ top lieutenants.

“We are staying focused on our plan for creating value and profitable growth,” a Ford spokesman in Europe told the news agency Reuters, declining to comment “on speculation or rumors.”

Fields’ successor Jim Hackett, 62, is the former chief executive of Steelcase, the office furniture company, who joined Ford last year as chairman of the newly formed mobility services subsidiary which includes driverless technology. Car expert Christian Stadler believes that a the new Ford CEO was unlikely to make a “substantial difference” in terms of fundamentals, although he could have a “positive impact on the share price.”

“In the longer run Hackett will face the same challenges, ie Ford needs to make substantial progress in terms of self-driving cars and e-vehicles. He might do that well, but Fields would probably have taken similar steps.”

Ford plans to launch 13 electric car models in the next five years and wants to build driverless cars by 2021 – a plan that Stadler describes as “no plausible approach to e-mobility,” with the crucial point being that Ford “falls into the trap of betting too much on one individual.”

And indeed, Ford has failed in bringing an e-car model to American streets, trailing behind its rival GM that sells the Chevrolet Bolt.

At the same time, GM is turning up the pressure on Ford in the North American truck and sport utility business, the source of 90 percent of Ford’s profits.

GM is gearing up an “onslaught” of trucks for the North American market, the automaker’s President Dan Ammann has announced, including a new generation of the Chevrolet Silverado large pickup truck that competes with Ford’s primary profit machine, the F-series line of trucks.