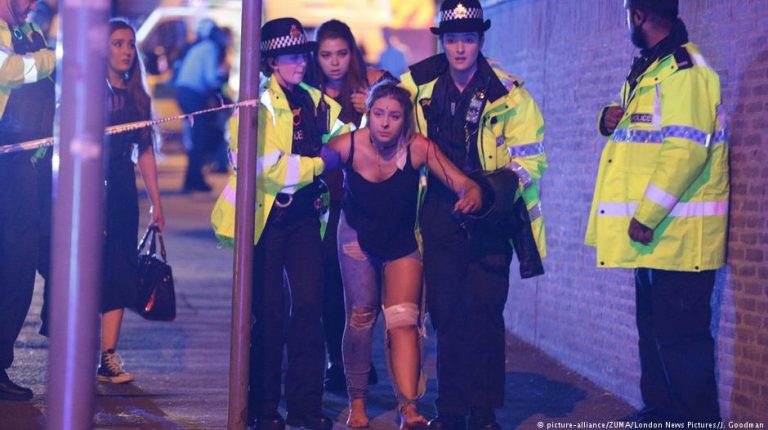 Egypt’s Ministry of Foreign Affairs strongly condemned the Monday attack on a pop concert in Manchester Arena, killing at least 22 and injuring over 50 according to international media reports, including many children and teenagers.

FM spokesperson Ahmed Abou Zeid communicated Egypt’s deepest condolences to the families of the victims, and full solidarity with the British government and people in facing terrorism.

The attack is considered to be the deadliest in the UK since the London bombings of 2005 which killed over 50 in transport networks. Monday’s attack took place by the end of Ariana Grande’s concert, reportedly by a lone suicide bomber, Manchester Police told international media.

In a Tuesday statement, Abou Zeid added that “such savage act of terrorism occurring shortly after the Riyad US-Arab summit on countering terrorism calls attention to the necessity of united international efforts to implement strict mechanisms to face terrorism roots and sources.

President Abdel Fattah Al-Sisi had highlighted in a speech he made during the summit the importance of cutting terrorism roots including sources of fund sand weaponry.

“A comprehensive confrontation with terrorism necessitates a confrontation that addresses all dimensions of this phenomenon, including funding, arming, as well as political and ideological support. A terrorist is not only the one who carries arms, but also the one who trains, funds, arms and offers a political and ideological cover,” Al-Sisi stated.

He went on by questioning what he described as “safe havens” offered for terrorist organisations enabling them to “rain their fighters, treat their wounded, and make changes and replacements of their equipment,” as well as how do they get to sell oil and do trade, how they are offered media presence and where they receive financial donations.