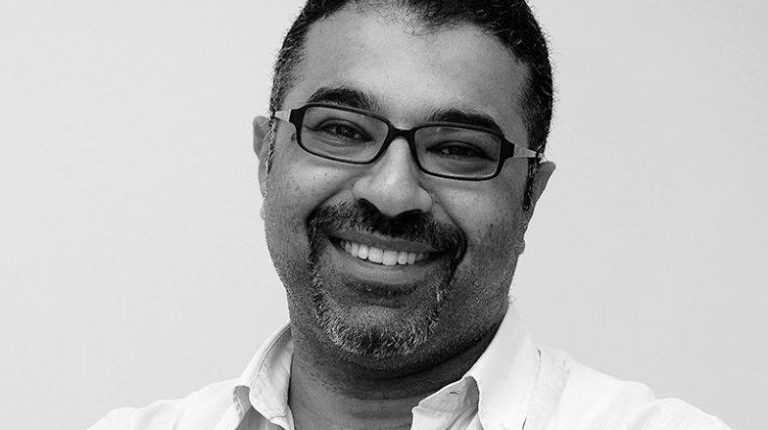 Over the past decade, YouTube has been one of the most popular social media networks that has given young people an opportunity to introduce their talents, hobbies, and ideas to local and international communities. Although reviewing movies comes on top of the list of genres that are frequently presented online, only a few YouTubers managed to think outside the box and provide new creative ideas that guaranteed the sustainability of their programmes. Mahmoud Mahdy is a good example of this.

On his successful YouTube channel “Film Gamed”, which provides critical reviews of the latest Arabic and foreign movies, he has managed to gain the attention of more than 112,000 subscribers, mainly from Egypt and the Arab world.

In an interview with Daily News Egypt, Mahdy revealed some secrets about his beginnings, the current role of his channel in promoting independent cinema, and his preparations for his new programme during Ramadan.

How did the idea of launching your “Film Gamed” YouTube channel start?

Watching films and analysing movies have always been my hobbies, although I studied computer science and information systems, which is a completely different field. However, I’ve never forgotten my passion for movies, which motivated me to start a project about something I love.

I started to write about movies in blogs and Facebook posts; however, this was never enough, as I always wanted to take a step forward. Thus, I decided to start a YouTube channel that doesn’t provide any academic criticism. The analysis is usually based on my own opinion and perspective about the movies. However, I always try to improve myself by searching for some cinematic idioms and terminology when I face cases that need certain artistic or technical definitions, or by reading local and international critics to make my own point of view. The channel started in 2013 as a first trial, but I started posting videos on a more regular basis in 2014.

Do you believe that “Film Gamed” has provided higher credibility to your analytical reviews than posting on social media?

Definitely! When you publish your stories in the form of text, there is always a chance for argument and rejection. However, I always believe that YouTube takes more authority from its visual elements, as people tend to believe what they see more than what they read. However, I can say that this concept has changed recently, as people started to have more of a tendency to attack YouTubers and digital creators as their numbers are increasing rapidly, regardless of the quality of the content they provide. I am lucky that I started my channel before YouTube became a mainstream trend.

Usually, how do you arrange and schedule the movies that you will provide critical reviews about for each episode?

Unfortunately, I usually don’t have long-term plans. It is much easier to provide a weekly plan, as it always depends on important movies. I pay more attention to Arabic movies that would appeal to a larger number of viewers than American movies that have a wide audience. Sometimes, when I get confused on deciding which movies have the widest popularity and deserve to be reviewed, I resort to opinion polls on the Facebook page and ask people to vote. I am always responsible for producing each episode from scratch, as I am the one who writes the script and is responsible for all other tasks, such as filming, editing, publishing, and measuring social media interaction.

Recently, a big number of competing YouTube channels have appeared and achieved some success. What distinguishes “Film Gamed” and guarantees its popularity?

I always claim that the open environment of YouTube doesn’t create that fierce competition that requires someone to lose for another one to win. This competition is more logical in television and other forms of traditional media. In order to avoid boredom, I started to search for the international formats that people employ in such channels, and thus, I started producing some new sections, such as Oscar reviews, top 10s, trailers reactions, etc., and I believe such variation is the secret behind our channel’s sustainability.

Recently, you started to use the popularity of your channel to support the short film and independent movie festivals. Do you believe such a step helps in raising people’s awareness about the value of such noncommercial movies?

Each digital creator must be honest with himself to know when exactly he moves from the “spreading and popularity” stage to “becoming an influencer” in the society he works in. I was surprised that I was invited to attend some new festivals, such as MasrDot Bokra Festival, and Zawya Cairo Cinema Days, and moderated the open discussions with the audience after screenings. That was an indicator that “Film Gamed” started to influence more of an audience, and I am so happy with this and I tried to promote them. I was surprised by the huge numbers of attendees that I found, and I was glad that many of them heard about the festivals from my channel and were satisfied with the new kinds of movies they watched. I really consider this a big success and a mutual benefit for the festivals’ organisers, the filmmakers, and the audience themselves.

Are you able to make a living out of your YouTube channel? Is it profitable?

Actually, my goal is to make it more profitable. You cannot consider me an accurate measure for this, because I am old and I have a big family that has a lot of expenses, and that is why I cannot give up on my part-time job in the fields of digital marketing. However, I can say that working in such a field can be a good source of living for an 18-year-old young person for example.

What are your preparations for reviewing the TV dramas during Ramadan? And do you have any anticipation for a certain series?

Yes! During Ramadan, I will provide an online programme called “Ramadan w Ashyaa”, which will analyze four TV series that will be chosen through a public opinion poll that was posted on the Facebook page a few days ago. The votes point to three dominating dramas, including “Kafr Delhab” by Youssef Al Sherif, “Khalsana Beshyaka” by Hesham Maged and Sheko, and “Al Hosan Al Aswad” by Ahmed Al Sakka. I will choose the fourth series, but I am still confused as to whether to watch “Wahet Al Ghoroob” or “Haza Al Masaa”.

This year, I want to produce a big number of short episodes that won’t exceed ten minutes. I am currently trying to build a new location for shooting the new episodes, and some people on social media volunteered to help me with that. One of them is Morees Micheal, a composer, who is currently working on the music tracks that will be presented in the new episodes, and Waleed Moghazy, who volunteered to work on the programme’s graphic items. I promise to provide something completely different from “Film Gamed”, and I hope that people will like it.