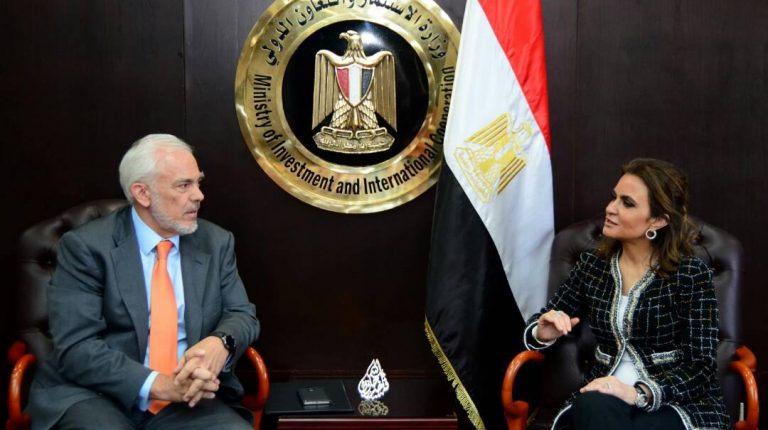 Minister of Investment and International Cooperation Sahar Nasr met with Greek ambassador to Egypt Michael-Christos Diamessis at the headquarters of the ministry to discuss Greek investments in Egypt, according to a press statement on Thursday.

Earlier in May, the parliament approved the new Investment Law, after long discussions about its articles.

Moreover, Nasr stressed the depth of the historical relations between the two countries, where the relations in the recent period witnessed great development in all sectors. She also pointed out that the ministry has put its priorities in overcoming all obstacles to investors, especially following the approval of the new Investment Law.

On the other hand, the Greek ambassador praised the development of relations between Egypt and Greece, as well as the government’s economic reform programme​. He pointed out that the Egyptian market has promising investment opportunities for Greek investors.

He added that Egypt has big potential for development, as it has a privileged geographical location and is of great strategic importance in the Middle East and the Mediterranean Sea. He furthermore expressed Greece’s readiness to stand by Egypt, cooperating in the economic field and investing in infrastructure and energy.