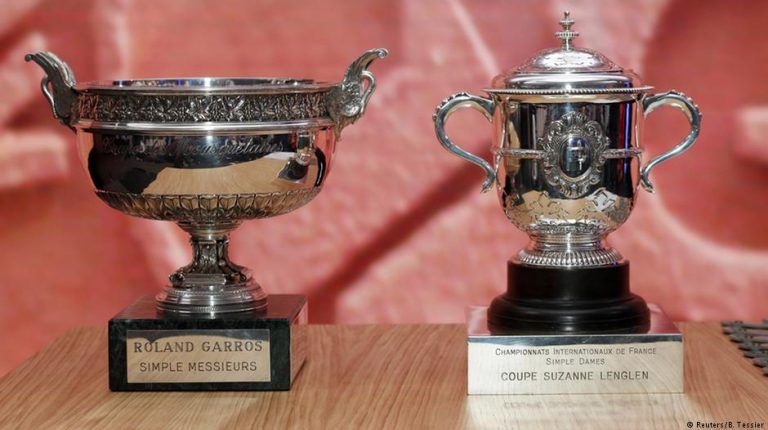 None of the favorites has received an easy paths through to the finals at the French Open, but the draw has set up some interested potential matchups . The second Grand Slam of the season begins on the weekend.Friday’s French Open draw saw Germany’s Angelique Kerber matched up against the experienced Ekaterina Makarova in the first round. Although the Russian is only ranked 40th in the world, the draw is seen as a difficult draw for the the top women’s player.

“This is not a good draw. It is an unbelievably difficult and dangerous draw,” German Fed Cup captain Barbara Rittner told reporters on the sidelines of the clay-court tournament in Nuremberg. “On the other hand, maybe that is just what she (Kerber) needs, because it will make sure that she is concentrated right from the start.”

Last year, Kerber fell in the first round at Roland Garros, losing to Kiki Bertens of the Netherlands.

Also of note on the women’s side is the presence of the Czech Republic’s Petra Kvitova, who has not played competitive tennis since being stabbed during a burglary at her home last December. Providing she is fit to play, she will face Julia Boserup of the United States in the first round.

On the men’s side, Germany’s Alexander Zverev, who has just broken into the top 10, is to face Spanish clay specialist Fernando Verdasco, while Philipp Kohlschreiber also has a tricky first-round opponent in the form of Nick Kyrgios of Australia.

Nadal and Djokovic on path to possible semifinal clash

Meanwhile, nine-time winner Rafael Nadal of Spain has been drawn on a path that could see him face the defending champion Novak Djokovic of Serbia, in the semifinals.

However, Nadal, the fourth seed, who has only lost one match on clay this season, has drawn a tricky first-round opponent, Frenchman Benoit Paire, who should be helped by the home crowd.

Djokovic, the second seed, who is playing in his first tournament since hiring Andre Agassi as his coach, will face on Spain’s Marcel Granollers, who has won three of his four ATP titles on clay

World No. 1 Andy Murray, who has struggled so far this season, will play Russia’s Andrey Kuznetsov. Murray could meet the 2015 champion, third seed Stan Wawrinka of Switzerland, in the semifinals. Wawrinka will face a qualifier in the first round.

Several of the big names in the sport will not be at this year’s tournament. Roger Federer has opted to skip the entire clay-court season in order to focus on preparation for the hard-court and grass events. Three-time champion Serena Williams is not there as she is expecting a child, while the organizers declined to give two-time champion Maria Sharapova a wild card after she returned from her doping ban.

Angelique Kerber has nothing to lose at Roland Garros