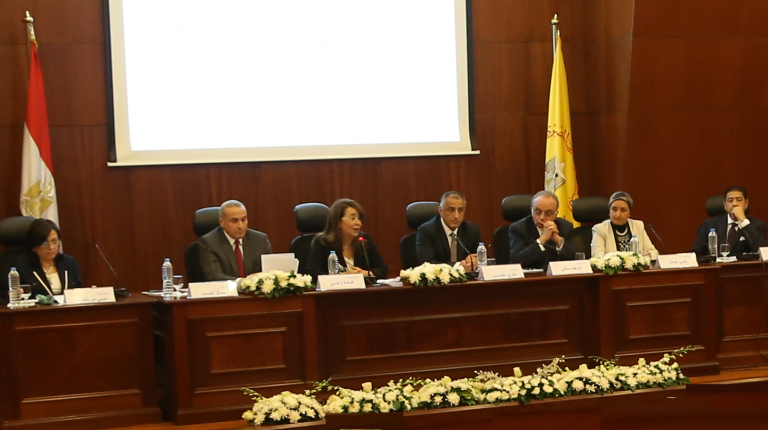 The Central Bank of Egypt (CBE) called on banks operating in the local market to develop a credit-rating system to evaluate the institutions operating in micro-finance while granting any credit facilities.

The CBE launched a microfinance initiative in cooperation with the Egyptian Financial Supervisory Authority (EFSA) and the Egyptian Micro-finance Union.

According to Tarek Amer, the governor of the CBE, the launch of this initiative is a continuation of the bank’s recent initiatives to encourage banks to provide financing to SMEs in order to achieve sustainable development.

Amer stressed the CBE’s interest in supporting this sector in order to create jobs and integrate the largest number of small activities in the official financial sector. Amer pointed out that the CBE has been studying for a long time how to strengthen it, as one of the most important pillars of the financial inclusion.

He added that the CBE is keen on cooperating with the EFSA and the Egyptian Union of Microfinance to take advantage of the current financing system and to facilitate access to finance from the banking sector by providing credit facilities to companies, associations, and NGOs licensed by the EFSA.

The initiative launched by the CBE included adding microfinance granted directly to individuals, companies, and enterprises, or granted through associations, NGOs, and microfinance companies.

The CBE called on banks to consider the introduction of a credit-rating system in order to evaluate these entities while granting credit facilities, as well as developing an internal policy to deal with microfinance, according to its nature and the risks associated with it.

According to Gamal Negm, the deputy governor of the CBE, the initiative includes guidelines that banks can use while preparing a credit study to grant funding to NGOs and microfinance companies.

He added that the initiative aims at facilitating the availability of microfinance to its beneficiaries, so the total number of beneficiaries will be 10 millions, instead of 2m beneficiaries until the end of 2016.

Negm pointed out that banks can also benefit from the previously issued instructions to take advantage of the payment system through mobile phones to pay instalments, then disbursing the loans.

The CBE is currently working on a trial project between a number of NGOs and a number of banks to benefit from digital financial services in the disbursement of loans and the collection of instalments, through a network of microfinance companies and associations of donors to the same funding, Negm added.

Lobna Helal, deputy governor of the CBE, confirmed that the issuance of the law of microfinance and the submission of the institutions operating in this activity to the supervision of the EFSA encouraged the CBE to launch this initiative.

Helal pointed out that the timing of the issuance of this initiative at the present time was important, because of its role in creating jobs and, therefore, not rely on the government to play this role.

Helal also stressed the importance of the social dimension of the initiative, especially its role in empowering women economically.

Hisham Ezz Al-Arab, the chairperson of the Commercial International Bank (CIB) and head of the Federation of Egyptian Banks, stressed the importance of microfinance and the need to consider it as a strategy pursued by the banking sector in the future in order to support financial inclusion.

Ezz Al-Arab also stressed the importance of benefitting from the technological developments and directing them to what is in the interest of microfinance.