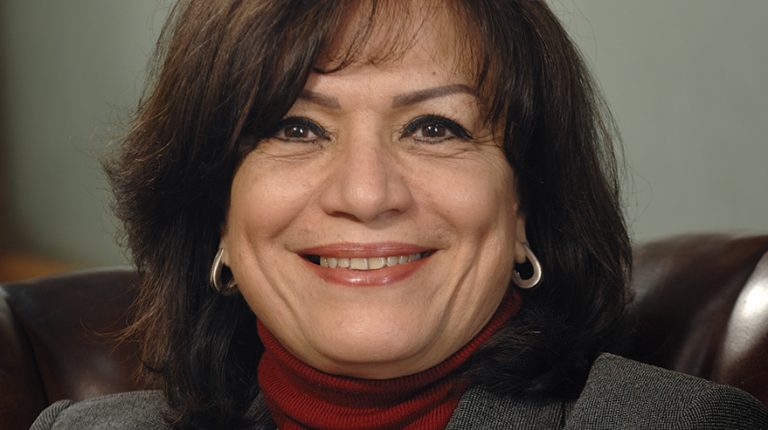 The Egyptian Microfinance Federation (EMF) aims to increase its customer base to 10 million, with total funds of EGP 30bn, within a maximum of four years, according to the head of the federation, Mona Zulficar.

The EMF was established under Law No. 141 of 2014 on microfinance. The federation’s basic system was issued by the Egyptian Financial Supervisory Authority (EFSA), and its board was elected on 16 September 2015.

According to Zulficar, the Microfinance Law has contributed to creating a favourable legislative environment for the sector, as well as unified standards for microfinance activity, ensuring institutional efficiency and financial sustainability.

She highlighted the EMF’s role in supporting microenterprises during her participation in the conference held by the Central Bank of Egypt (CBE) last week to launch an initiative to finance these projects.

According to Zulficar, the federation aims to contribute through this sector to fighting against poverty, through the financial integration of the poor and the development of their projects, in addition to supporting the implementation of the economic and social development plan.

The EMF’s mission is to develop microfinance activity across Egypt and to meet the needs of its customers and provide diversified financial services with high quality.

In addition, Zulficar seeks to develop the EMF by providing specialised training programmes and technical consultations to improve institutional efficiency and support the financial sustainability of these institutions. The federation also prepares studies and research in cooperation with all relevant parties to achieve the public interest of the sector and the national economy.

Zulficar pointed out that Law No. 141 of 2014 defines microfinance as any financing granted for economic, production, service, or commercial purposes, with a maximum value of EGP 100,000, and the fields determined by the EFSA. The Egyptian Cabinet can increase the maximum limit of funding to 5% annually.

According to the Egyptian Company for Credit Information, the amount of funding provided by banks to micro projects amounted to about EGP 1.946bn until the end of December 2016, benefiting about 183,000 customers.

Zulficar pointed out that the EMF has submitted a suggestion to the CBE to facilitate and encourage banks to finance associations and companies of the EMF with the aim of bridging the gap between supply and demand, amounting to about EGP 24bn.

According to Zulficar, the federation also includes the Small and Medium Enterprises Development Authority (formerly the Social Fund), with a microfinance portfolio of about EGP 17.88bn until the end of December 2016, serving 2.48 million customers.

The existing portfolio balance of direct financing for companies with less than EGP 100,000 capital, amounts to about EGP 229m until the end of December 2016, serving about 8,167 customers.

“The federation also includes 752 associations and private foundations specialising in microfinance, with a total financing portfolio of about EGP 3.441bn until the end of December 2016, with 1.537 million customers,” said Zulficar.

According to Article 4 of the EFSA’s decision No. 31 of 2015, these organisations are divided into three categories. Category “A” includes 13 associations with microfinance portfolios of EGP 50m or more.  These organisations’ portfolios have EGP 2.635bn, serving 1.237 million customers.

According to Zulfiqar, Upper Egypt accounts for 30% of the total microfinance portfolios in civil society associations, compared to 33% in Greater Cairo, 19% in Alexandria, and 13% in the Delta.

It added that the federation also includes three companies specialising in microfinance, namely Tasheil, Rifi, and Tatweer. The total portfolio of these companies is EGP 1.045bn, with 289,000 customers.

She added that assuming that the average value of microfinance in Egypt is EGP 3,000, the Egyptian market absorbs more than EGP 30bn, while about EGP 6.66bn has already been pumped from banks directly or from institutions and associations, which does not exceed 22.2% of the required total funding.

“Upper Egypt’s share of the total potential customers is about 63.5%, compared to 33% for the Delta and Cairo, and 3.5% for the governorates of the Canal and the border governorates,” stated Zulficar.

According to Zulficar, the customer potential in this type of financing in rural areas is 74.3%, compared to 25.7% for urban areas.

Zulficar pointed out that the breadwinner women, who care for about 30% of the poorest families, are among the most important target groups in microfinance.

She added that women’s share in microfinance at associations and private institutions is about 69% in terms of number of customers and 51% in terms of the value of funding.