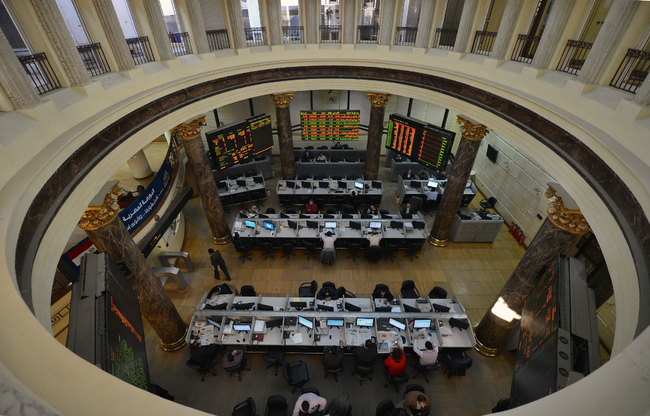 The Egyptian Exchange (EGX) begins trading in the month of Ramadan in a good technical position. The main index closed at above 13,000 points, supported by the purchases of foreign and Arab institutions to lead the stock market to overcome the rise in interest rates last week.

During the trading last Thursday, the shares of Commercial International Bank (CIB) increased 3.01%, to close at EGP 79.5. EFG-Hermes continued in green, going up by 2.6% and closing at EGP 25.6

Orascom Telecom, Media, and Technology (OTMT) also rose 5.41% to close at EGP 0.78 amid expectations of dividends of EGP 0.1 per share, which the general assembly is preparing to approve on 28 May. Meanwhile, Talaat Moustafa Holding dropped by 1.42%, to close at EGP 7.61.

The head of the brokerage sector in Ostoul Capital Group said that purchases of foreign and Arab institutions in the EGX contained the crises experienced by the market during the last week, especially raising interest rates.

He pointed out that the market faced negative indicators during the last period and thus reduced the market benefit from the positive results announced by companies for the first quarter of this year.

Mohamed El-Aasar, head of the technical analysis department at Watany Capital Securities, predicted positive moves towards 13,600 points during Ramadan, saying that the market will move to 13,300 points this week, based on 12,880 points.

He added that the leading stocks on the EGX are likely to move positively in the coming period, especially EFG-Hermes, nominated to reach EGP 27 and CIB to EGP 82.5, next to OTMT towards EGP 0.83.

He highlighted the expected negative effects on the turnover during Ramadan, with the implementation of the stamp tax on the EGX.

The EGX concluded Thursday’s session boosted by the support of foreign and Arab investors.

Funds’ assets lose EGP 22bn over past five years, despite number increasing by 17