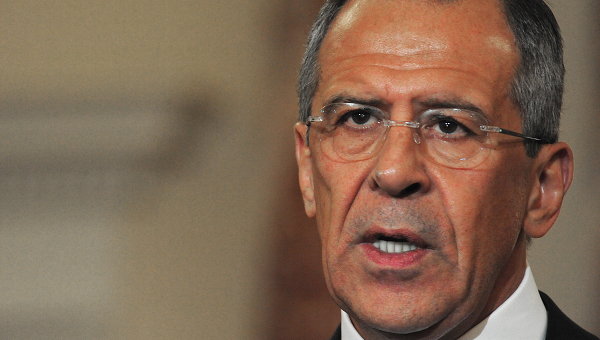 Egyptian Foreign Affairs Minister Sameh Shoukry held an extensive consultation session on Monday with his Russian counterpart Sergey Lavrov, during an Egyptian-Russian summit, according to the ministry statements.

This came as part of the meetings of the “2+2 formula” between the ministers of foreign affairs and defence of the two countries, which is currently in Cairo. Russia performs this formula with only six countries, including Egypt.

Egypt is considered the only Arab country in the formula, and the relations between Egypt and Russia and the depth of their partnership in various fields are special.

During the session, Shoukry welcomed his counterpart to Cairo and affirmed Egypt’s commitment to deepen consultation and coordination with Russia, especially with regional issues.

Shoukry reviewed the features of the economic reform programme adopted by the Egyptian government, and what has been achieved so far of unprecedented economic measures.

Shoukry stressed Egypt’s interest in boosting economic relations with Russia in both its commercial and investment sectors. For his part, the Russian minster referred to the 2009 agreement for strategic cooperation between the two countries as a basis for bilateral relations, pointing out the importance of updating this agreement and strengthening it during the next phase.

There have been several narrations made by the Russian side about the resurrection of their flights to Egypt, but nothing official yet. In this regard, both ministers did not mention a specific duration, but they stressed the keenness of the two countries to resume direct flights between Egypt and Russia as soon as possible.

Regarding regional issues, Shoukry reviewed Egypt’s ongoing efforts with all parties in Libya in order to bring their views closer together and to bring security and stability to the country, pointing to the centrality of the Skhirat Agreement and the current Libyan consensus on the importance of introducing some amendments to the agreement in order to achieve full national consensus.

The consultations also touched on developments in the Syrian crisis and Palestinian issue, as well as updates on the efforts to fight terrorism.

The Russian minister is scheduled to meet with President Abdel Fattah Al-Sisi, along with Russian defence minister Sergey Shoygu on Monday, to discuss bilateral relations in Cairo.

The talks will discuss means of enhancing the bilateral relations between the two countries in various political, economic, cultural, and tourism fields, as well as discussing regional issues and crises in Syria, Libya, Yemen, and Iraq, and the Egyptian and Russian positions on them. The issue of terrorism will also be addressed in the wake of recent terrorist attacks in Egypt as well as European capitals.

In Early May, Shoukry received a phone call from Lavrov, in which they discussed preparations for the Egyptian-Russian summit scheduled to be held in late May.

Egypt and Russia hold the same point of view on several regional and international issues, such as the Syrian crisis; however, Russia has stopped flights from Moscow to Egypt after the crash of a Russian plane in Sinai in October 2015.