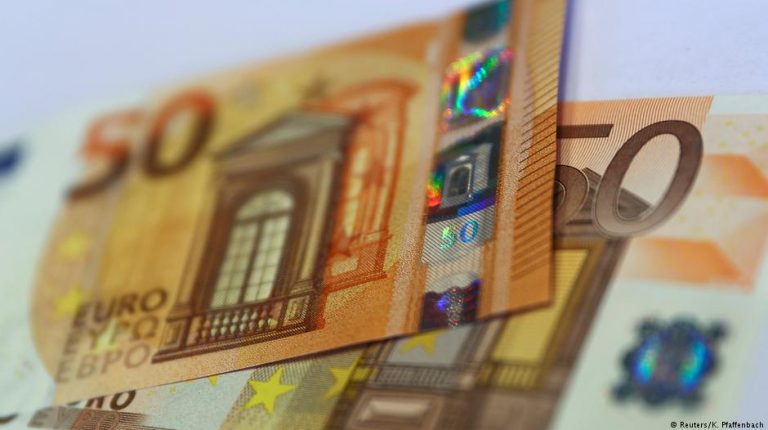 Critics of the ECB’s lax monetary policy have submitted an urgent motion to Germany’s Supreme Court. They demand that the country’s central bank immediately exit the ECB’s huge bond-buying program.A group of economists and policymakers critical of the European Central Bank’s quantitative easing program submitted an urgent motion to Germany’s Constitutional Court in Karlsruhe in the hope to secure a provisional order for the Bundesbank to exit the ECB’s bond-buying scheme immediately.

The court on Tuesday confirmed receipt of the motion, saying that it would deal with it as fast as possible, but it failed to indicate when a ruling could be expected.

Berlin-based financial scientist Markus Kerber had said it was crucial for the German central bank to exit that program without waiting for the ECB to finally change its monetary policy, citing “unnecessarily high risks for the federal budget and thus the taxpayer.”

Answering questions from the Constitutional Court, the ECB had admitted that in a worst-case scenario, Germany could be left with a burden of up to 95 billion euros ($106 billion).

This is because Germany as Europe’s powerhouse is the ECB’s largest shareholder, owning a 25 stake in the institution through the Bundesbank.

The ECB’s current massive bond-buying program is to continue until the end of December to reach a volume of 2.28 trillion euros.

Last year, the Constitutional Court in Karlsruhe approved large parts of the ECB’s crisis management policies, which some experts viewed as an indication that it also thought the quantitative easing scheme was legitimate and within the lender’s mandate.