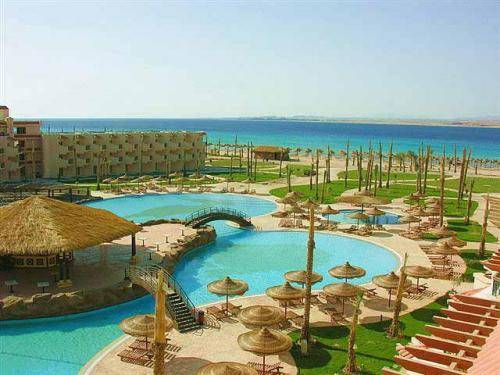 Egyptian hotels are preparing a number of touristic offers for the next summer season after the holy month of Ramadan, especially in the coastal areas, including South Sinai, the Red Sea, and Alexandria governorates, according to hotel employees and investors.

They said that the touristic areas in the Red Sea, such as Ain Sokhna and Hurghada, as well as Alexandria and the North Coast, will attract the most Egyptian families compared to other resorts in South Sinai.

Waseem Mohy El-Din, former chairperson of the Chamber of Tourism, said that Egyptian hotels and resorts will provide a number of touristic offers in the next summer, especially as the summer season will actually start after Ramadan, unlike the last three years.

He expected that the occupancy in Alexandria and the North Coast would reach 95%, while it would be 75% in Ain Sokhna and 70% in Hurghada.

Mohy El-Din attributed the high expectations in Alexandria, the North Coast, and Ain Sokhna to their proximity to large residential communities in Cairo.

He added that North Coast hotels will record the highest prices in the summer followed by Ain Sokhna at EGP 1,500 per night, then Hurghada and South Sinai.

Adel Rady, chairperson of the Investors Association in Marsa Allam, said that the occupancy rates in the last three months exceeded 50% in some hotels, supported by a growth in the flow of foreign tourists from European countries.

He ruled out a growth in Egyptians flowing to Marsa Allam during the summer, as most Egyptians prefer to go to near coastal areas, whether Ain Sokhna or Alexandria.

Mohamed Hassan, a hotel manager in Sharm El-Sheikh, said that the hotels there started to study several offers for Egyptians for Eid al-Fitr holidays at prices of more than EGP 600 per night.

He noted that the hotels with prices less than EGP 600 would not offer quality accommodation in light of the high operation costs​ in the last seven months due to the liberalisation of the pound’s exchange rate against the dollar.

Hassan pointed out that food and energy prices increased by more than 80% and 50%, respectively, which led to an increase in many hotels’ prices of accommodation, otherwise they would not offer meals.

A hotel manager in Ain Sokhna, who spoke on condition of anonymity, said that the tourist turnout after Ramadan will increase significantly, especially from Cairo residents, which will lead to price hikes ranging from EGP 1,500 to EGP 3,000 per night.

The head of the Tourism Investors Association in South Sinai, Hesham Ali, said that the tourist turnout will grow by more than 50% compared to the same season last year, especially as most of the holidays come during the summer months.

The capacity of the Sharm El-Sheikh hotels reaches about 33,000 rooms out of a total of 65,000 in South Sinai, representing about 15% of the hotel capacity operating in Egypt, according to the Ministry of Tourism.