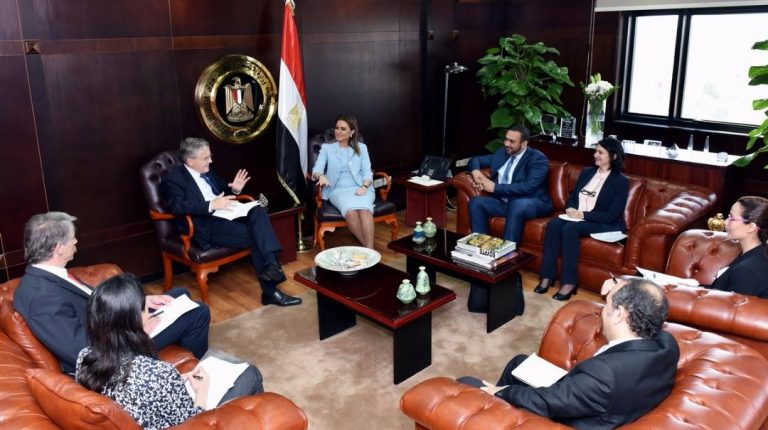 Minister of Investment and International Cooperation Sahar Nasr held a meeting with German ambassador to Egypt Julius Georg Luy to improve the bilateral relations between Egypt and Germany and discuss the use of part—€360m—of the German development portfolio for Egypt.

According to a press statement issued on Tuesday, the portfolio is available to finance projects in the fields of renewable energy, technical education, climate change, housing, small and medium enterprises, and women and youth projects.

The German ambassador said that his country wants to invest in the renewable energy sector, providing technical consulting and employee training.

Luy added that many German companies want to increase their investments in Egypt, noting that currently there are 1,039 companies investing in Egypt now.

She emphasised that the ministry is working on removing the obstacles investors might face, adding that German companies could benefit from Egypt’s location, which links Asia with Africa.

Egypt is undertaking a reform programme that aims at encouraging the investments and supporting them, she noted.

Furthermore, the minister and the ambassador discussed the possibility of increasing the amount of mutual visits between the countries to enhance the cooperation, as well as discussing the requirements of establishing the economic forum in Berlin in the near term.

The ambassador said that Egypt is an important partner for Germany in the Middle East, while it also has an important role in supporting the stability of the region, adding that Germany supports all Egyptian economic reforms.

German chancellor Angela Merkel paid a visit to Cairo in March and met Egyptian President Abdel Fattah Al-Sisi, and they discussed the bilateral relations between both countries.