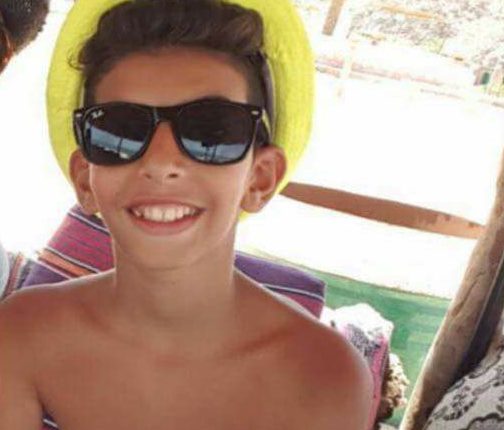 After being in a coma for 11 days at 6th of October University Hospital, Youssef Al-Arabi, a thirteen-year-old boy, died on Monday, his mother Marwa Kenawy said on Facebook.

Youssef had received a stray bullet in the head while he and his friends were standing in front of a restaurant close to Al-Hosary Square in 6th of October City. No one heard the sound of the bullet or knew where it came from. The condition of Doaa, a 22-year-old student who was also hit by a bullet at the same time, has improved though.

Head of the intensive care unit at 6th of October City Hospital at Kasr Al-Ainy said that the boy was virtually dead on arrival when he had arrived to the hospital as the bullet hit his brain stem, which is responsible for all parts of the body, local media reported.

Later, the Ministry of Interior announced that the police have arrested a suspect in relation to the incident, who reportedly confessed his involvement in the crime. “Investigations showed that, at the time of the incident, some people were firing guns during an engagement party from the rooftop of a building close to the location of the incident,” according to an official statement released on Friday.

The Ministry of Interior is suspecting a student from Fayoum to be behind the shooting of Al-Arabi, after the ministry found videos showing the suspect firing a gun with three others during his engagement party, the statement read.

According to security sources, the case includes five defendants, three of which were arrested and the prosecution ordered their detaining pending investigations. The defendants face accusations of manslaughter and possessing unlicenced guns.

The incident and rumours about the alleged killing cases in October have aroused controversy on social media in the last few days and have spread with many calling for a swift investigation.