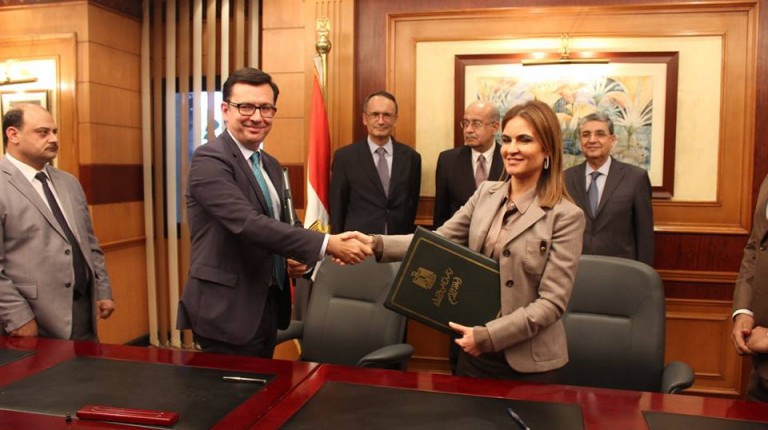 Minister of Investment and International Cooperation Sahar Nasr has met with several representatives of international pharmaceutical companies investing in Egypt.

The meeting was attended by representatives of the French Sanofi comapny, Novartis Egypt, British GlaxoSmithKline (GSK), and American Pfizer Egypt and others.

Nasr noted that Egypt is a market open for investments, noting that the New Investment Law contains several incentives for investors.

Representatives of the companies have expressed their intent to increase their investments in Egypt. They praised the measures taken by the government to improve the investment climate in Egypt, including the New Investment Law.

The minister met with investor Abdalla El Nockrashy, the general manager of Majid Al Futtaim, who expressed the desire of the group to expand the branches of Carrefour across the country within the group’s investment plan, stressing the group’s confidence in the Egyptian economy and its desire to support Egyptian products.

The minister welcomed the planned expansions of Majid Al Futtaim, emphasising that the ministry will work on supporting investors and coordinating between the state’s different institutions to facilitate all procedures and remove the obstacles their work faces.

On the other hand, Nasr met Wednesday with the ambassador of Norway to Egypt, Sten Arne Rosnes, to discuss expanding the project of “Jobs for Egypt’s youth: Working together”, which is implemented by the International Labour Organization (ILO) in Qaliubia and Menoufiya, with $1.2m financing from the Norwegian government. The discussions involved including more governorates in the project.

The two sides have also discussed increasing Norwegian investments in Egypt, especially in the field of new and renewable energy, where the Norwegian government, in coordination with other international institutions and companies, plans to inject investments worth $3bn, including a portion of $500m to be injected in October.

The ambassador expressed his country’s desire to enhance cooperation with Egypt in the field of petroleum through technical support and the exchange of expertise.