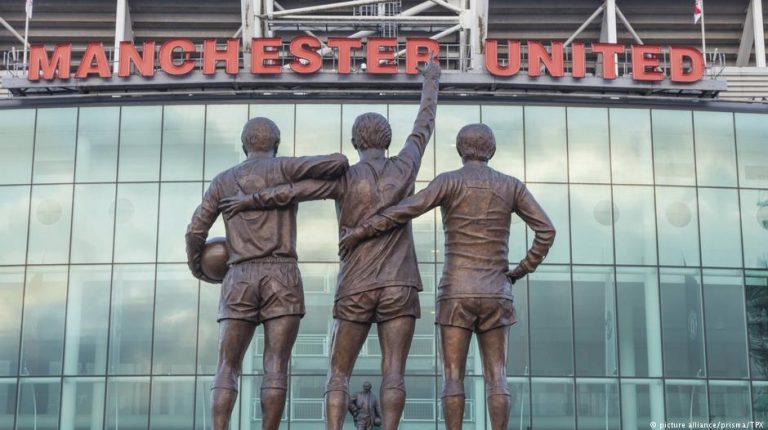 The professional services company KPMG has rated Manchester United as Europe’s most valuable club. The only German outfit to make it into their top 10 is Bayern Munich, rated as Europe’s fourth-most valuable club.The report, released by KPMG on Wednesday, estimated the value of Manchester United at three billion euros ($3.4 billion), making the English Premier League club the first to crack the three-billion-euro threshold.

According to the report, KPMG compiled its ranking by examining figures from the latest publicly available financial statements of 32 European football clubs from the 2014-15 and 2015-16 seasons, as well as their levels of success in European competitions and their popularity on social media platforms. The authors of the report ranked the clubs by enterprise value, an accounting measure used to assess how much it would cost to buy any given club or company, also taking into account its total debt.

Under the KPMG formula, Manchester United ‘s enterprise valuation increased by seven percent compared to the business’ value in the company’s last report, despite two relatively disappointing seasons on the pitch between 2014 and 2016. This is due to the northern-English club’s strong performance off the pitch, including what KPMG describes as “kit value,” an indicator of how much a club’s jersey is worth. Here, Manchester United was also ranked first, ahead of Barcelona and Bayern Munich.

Overall, the only German club to crack the top 10 was Bundesliga champions Bayern, who were ranked in fourth place at an enterprise value of 2.4 billion euros , behind Spanish giants Real Madrid (2.9 billion)and Barcelona, (2.7 billion). However, Bayern narrowed the gap on the Catalan club, posting enterprise value growth of 14 percent since the previous report. Borussia Dortmund were valued in 12th place, their Ruhr region rivals Schalke in 14th.

“The aggregate value of Europe’s leading football clubs suggests that the overall value of football, as an industry, has grown,” Andrea Sartori, KPMG’s global head of sports said in a statement.

“While this is partially explained by football’s broadcasting boom, the internationalisation of the clubs’ commercial operations, their investment into privately owned and modern facilities, and overall more sustainable management practices are also key reasons for this growth.”

KPMG is an acronym for Amsterdam-based “Klynveld Peat Marwick Goerdeler,” which was formed following the 1987 merger of Klynveld Main Goerdeler with Peat Marwick. KPMG. It provides financial services including audit, tax and business-advisory services.

Who will replace Tuchel at Borussia Dortmund?