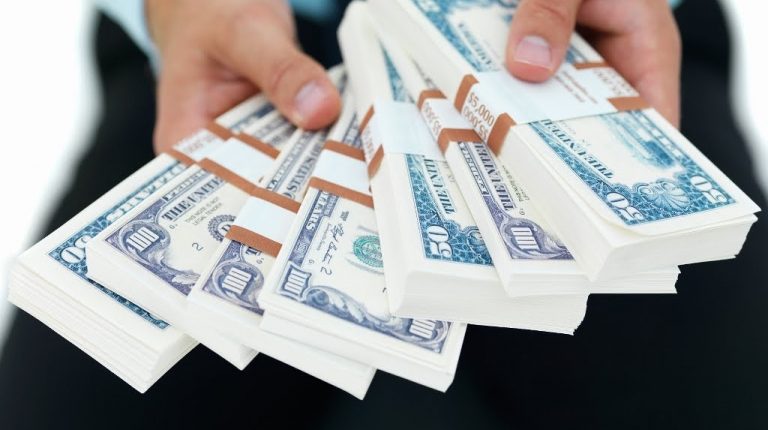 Ever since the Egyptian 25 January Revolution in 2011, the economy of Egypt has been facing many issues and difficult situations due to the budget deficit, the gap between imports and exports, the problem of finding sources of foreign currency, and the issues of old laws that hinder any progress with improvements of the investment climate.

Since President Abdel Fattah Al-Sisi came to power in 2014, different officials of his governments implemented several different reforms, such as the economic recovery plan under Hazem El-Beblawi, up to implementing subsidy cuts under Sherif Ismail, and floating the Egyptian pound by Tarek Amer, the Governor of the Central Bank of Egypt.

Egypt has been trying to find new sources of the foreign currency, yet borrowing became the main solution for this problem.

The government of Ismail received several loans from the International Monetary Fund, the World Bank, the African Development Bank, and other sources; however, the loans with the highest interest rate were treasury bonds.

But is the hike rate of Egypt’s foreign debt going to stop at this level?

On 24 May, the Ministry of Finance sold new bonds on the international markets to receive loans worth $3bn. The government is to receive the money on 31 May.

According to an article issued on 24 May, Bloomberg said that according to a person familiar with the deal Egypt is offering more of the debt it issued in January, but at lower costs across maturities in 2022, 2027, and 2047.

Bloomberg added that the sale comes at an opportune time, explaining that it increased the appetite for riskier assets, “which has driven the cost of capital down for developing-country issuers and the premium investors demand to hold emerging over US sovereign debt is near its lowest in more than two years.”

Egypt is offering investors $750m of a five-year debt, yielding 5.45%, compared with a yield of 6.125% when the notes were first sold, according to the guidance who told Bloomberg.

Daily News Egypt asked experts about the new bonds and where the budget is heading.

Egypt’s foreign debt could easily exceed $100bn by the year 2020, according to the managing director of Multiples Group, Omar El-Shenety, who added that the increasing foreign debt is worrying.

He said that Egypt has received many loans in the last period from many sources such as the International Monetary Fund (IMF), the World Bank, and the African Development Bank.

He added that there are many other loans the government does not take into account in their budget calculations, such as loans provided to finance governmental projects and institutions like the Dabaa nuclear power plant, the power plants of Siemens, and loans related to buying weapons for the army.

El-Shenety believes that Egypt could get stuck in the trap of foreign debt in the near future, adding that the rate of foreign debt compared to the GDP will reach 150%, which is a very critical ratio that could affect the country’s outlook and put more burden on future generations.

He said that the foreign debt is bound to account for almost 50% of the government-held received loans without the state considering how they could possibly pay it back.

Loans from bonds are more dangerous for the country because it usually requires higher interest rates than loans from international bodies such as the IMF and the World Bank, he added, continuing that the government must find other sources of foreign currency, aside from borrowing.

El-Shenety furthermore said that the government of Egypt, such as any other government, does not consider paying loans back as much as it puts an emphasis on its GDP growth rate to the level where the debt becomes less worrying, yet this is not as easily achieved as the government might think.

He said that the government in January expected a growth rate of 6% in fiscal year (FY) 2017/2018, then decreased its expectation to 4.6%, which likely too will not happen because of the current situation of the country and the region as a whole.

He added that if the government continues to borrow at the same current rate, the debt ratio will easily reach 160-170%, which is a very dangerous level that could affect Egypt’s economy.

The current rate of the public debt compared to the GDP is 130% now, he noted.

The IMF has approved a three-year loan programme worth $12bn for Egypt in November 2016.

According to Minister of Finance Amr El-Garhy, Egypt would receive another part of the IMF’s loan, this one worth $1.25bn, by the second half of June.

In April, Egypt received the second tranche of the African Development Bank’s loan worth $500m of a total 3-year loan programme worth $1.5bn.

Moreover, Minister of Investment and International Cooperation Sahar Nasr said in April that the government wants the World Bank’s board of directors to accelerate the process of approving the third tranche of the loan to Egypt, worth $1bn, of the total $3bn loan.

Nasr said that the government wants the World Bank to expand financing to develop projects in Upper Egypt as well.

Moreover, El-Shenety said that Egypt pays almost 35% of its budget for loans interests, which consumes all of the money that the government cut from the subsidies.

From another direction, in January, the Deputy Minister of Finance for Monetary Policies Ahmed Kojak said that the government won’t sell any other bonds in FY 2016/2017.

He explained that the government has covered the financial gap of the current FY, adding that the gap for FY 2017/2018 is also almost covered, which means there is no need for another issuance. However, he added that the ministry might consider selling new bonds by the end of 2017—during FY 2017/2018—if the government needs foreign currency.

Former economist at CI Capital Aliaa Mamdouh said that the government did not officially announce the reasons for selling more bonds to get money, yet she believes that the money raised through the previous issuing was not enough to finance Egypt’s deficits. She stated that the government has to announce how it wants to spend the money, adding that the current crisis will grow if the money got spent on anything else than improving the economy and the investment environment.

Mamdouh stated that when the Central Bank of Egypt floated the Egyptian pound, the government thought that attracting foreign investments would make it receive foreign currency, which did not happen due to the current situation.

The way the government spends that money is not known yet, Mamdouh stated, adding that the as long as there are no new sustainable sources for foreign currency, the government is likely to spend all of the money for filling budget gaps.

However, the executive chairperson of Union Capital Incorporated, Hany Tawfik, said that the local debt is worrying too.

He believes that the national debt is at a high level where the government has to pay a lot of interest, which increases the budget deficit, resulting in a vicious cycle of borrowing more money.

He said that the government must think of other solutions for raising money, such as increasing its income, which could fix the problem of borrowing.

He explained that the government has to legalise the informal sector to raise the income, while also raising tax revenues to a rate of 25% of the government’s total income.

Tawfik said that the high number of government employees—who consume a lot of the country’s budget—must be reduced to an appropriate number, a measure which would be very hard to execute and take a lot of time to implement.