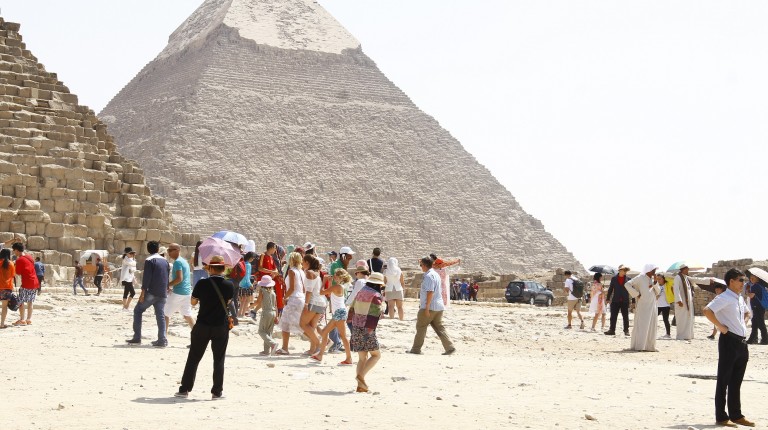 The Supreme Council of Antiquities ordered the postponement of the increase of the archeological sites and museums ticket fees for foreigners and Egyptians until November, instead of October.

According to the letter sent by the Supreme Council of Antiquities to the Egyptian Travel Agencies Association, the council has agreed that the visit to the Egyptian civilisation panorama at the headquarters of the National Authority for Civilization Coordination is a part of the visit to the Citadel area, according to a monthly programme on Sundays, Tuesdays, and Thursdays of each week and be separate tickets to be printed and collected by the Ministry of Antiquities. This will be applicable starting July.

The area of ​​the pyramids is one of the most prominent areas, where ticket prices have been increased from EGP 80 to EGP 120 for foreigners and from EGP 30 to EGP 60 for foreign students.

An official at the Ministry of Antiquities said there is a package ticket for the area of ​​the pyramids and the Great Pyramid and Khufu ship for EGP 400 for foreigners and EGP 200 for foreign students.

According to the official, the postponement comes in light of the decrease in the tourist flow of the areas and archaeological sites during the current period and may continue until the end of this year, according to the current tourist conditions in Egypt.

The statement, obtained by Daily News Egypt, stated that the Egyptian Museum in Tahrir Square and the Museum of Islamic Art will not be opened at night during Ramadan, while the Textile Museum will be open between 8 pm and 12 am at double the price.

The Supreme Council also agreed to increase the ticket for the taftaf bus at the citadel of Salahuddin Citadel in Cairo, starting from the beginning of July.

Former chairperson of the Egyptian Tourism Federation (ETF) Elhamy El-Zayat said that the Egyptian tourism sector is going through a difficult phase due to the decline of tourism inflow from Russia and Britain since the crash of a Russian airliner at the end of October 2015.

He expressed his happiness with the decision to postpone the increase, saying that it will contribute to increasing inflow to the archaeological areas in the coming period, noting that there is cooperation between the ETAA and the council.

Daily News Egypt revealed last week that the Ministry of Antiquities issued a programme called Cairo Pass at discounted prices to visit the archaeological areas for a period of five days, starting from November.

The ministry hopes to increase revenues this year to secure funding for the restoration of archaeological shrines, museums, and archeological sites in light of the sharp decline in revenues during the past six years.

The Ministry of Antiquities’ revenues peaked in 2010, a year during which 14.7 million tourists visited Egypt and revenues amounted to EGP 1.3bn.