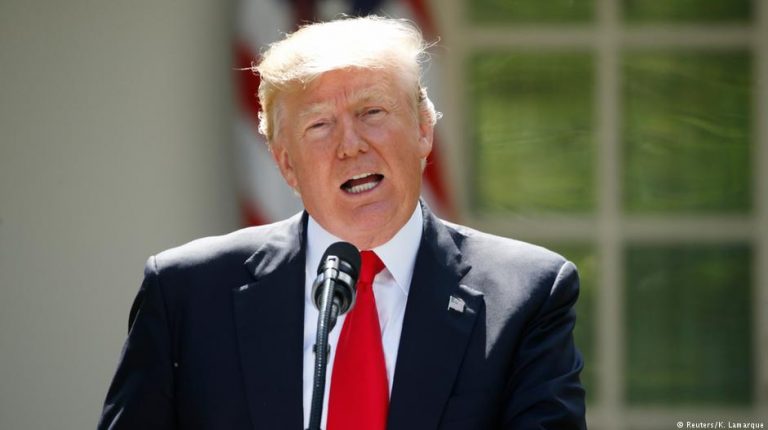 US President Donald Trump says he’s pulling the US out of the Paris Agreement on climate stabilization because it would hurt the US economy and cost jobs to stay in. But is that true? DW’s Nils Zimmermann takes a look.Tony Seba doesn’t think so. Seba is the author of “Clean Disruption,” a book about the ongoing changes in energy and transportation systems due to the increasing scale and decreasing cost of renewable energy systems and electric vehicles. He predicts that by 2030, 95 percent of miles driven by Americans won’t be covered in private cars.

Instead of buying cars, they’ll buy ‘rides’ – and those rides will be provided by self-driving electric vehicles. Your morning commute will involve reading the paper or snoozing whilst an efficient, small, sleek vehicle, perhaps a three-wheeler with just enough room to carry you and a briefcase, picks you up, carries you to work, and drops you off – unless, of course, by that time you stay at home in your pajamas and telecommute to work via Virtual Reality (VR) goggle.

Seba, an economist, teaches a course at Stanford University and is the founder of technology consultants ReThinkX. He is closely connected to Silicon Valley entrepreneurs. His astonishing prediction: No more internal-combustion-engine (ICE) cars, buses, or trucks will be sold anywhere in the world by 2025. The entire land vehicle market will move to electric vehicles.

The reason: EVs will be both better and cheaper than ICE vehicles, and their all-in marginal costs per ride will be vastly lower, since instead of sitting around at the curb most of the day doing nothing whilst their owners are in the office, EVs will be almost constantly in service during the daytime, picking up and dropping off customers.

By 2025, batteries will be better and cheaper, fast-recharging posts will be ubiquitous, and cars will be self-driving.

EVs will also be far more durable. Seba points out that a Tesla electric car has only eighteen moving parts, whereas a conventional ICE car has a couple of thousand. Their running costs are far lower because maintenance costs and energy costs are lower. Their performance characteristics are better – electric motors accelerate and decelerate faster.

Other analysts say that coal-fired power plants are likewise on their way out, not only because of climate policy, but because the continuing rapid decline in the costs of wind power, solar power, and home electricity storage systems like the Tesla Powerwall or Varta ‘pulse’ mean that within a few years, people will begin switching en masse to renewable energy for financial reasons alone.

Trump has said that he wants to protect and grow jobs in the coal, oil and gas industries. What he has ignored is that there are already more jobs in clean energy. According to the US Department of Energy, 3.4 million Americans were directly employed by the clean energy industry as of early 2016. In contrast, 3.0 million Americans were directly employed by the fossil fuel industry – including the nearly two million jobs within the ICE automotive manufacturing sector, most of which will, if Tony Seba is right, switch over to EV production.

In light of all this, it’s difficult to understand why Trump decided to pull the US out of the Paris Agreement, which after all is a voluntary commitment to undertake national actions intended to contribute to keeping the global annual all-seasons surface air temperature increase below 2 degrees C warming compared with the pre-industrial era.

Trump’s statement in the Rose Garden announcing his pullout from the Paris accord cited a March 2017 study prepared by the consulting firm National Economics Research Associates (NERA) for the American Chamber of Commerce, which provided an estimate of the impact on US jobs of hypothetical regulatory actions necessary to meet the emissions reduction goals of the global climate safety deal.

He claimed that the terms of the Paris accord “could cost Americans as much as 2.7 million lost jobs by 2025,” citing the report by NERA prepared under contract to two organizations: the American Council for Capital Formation, ACCF, and the US Chamber of Commerce.

However, both ACCF and the Chamber of Commerce are right-wing organizations that have long been virulently anti-renewable energy and pro-coal. A slew of independent analysts said the NERA report incorporated numerous grossly unrealistic assumptions that were clearly intended to skew its results to paint a dark picture of what would happen to US industry if it were to comply with the Paris accord.

Among the several unrealistic assumptions in the NERA study independent analysts pointed out were:

– that industries are static and don’t change technologies or processes to adapt to regulations requiring lower emissions;

– that there would be no increase in clean electricity generation compared to the baseline scenario, but instead, energy production would decline and the price of fossil energy will rise if the US meets Paris accord emissions reduction obligations.

It’s far too soon to conclude that this political gesture will have much impact on actual US emissions, especially given that fact that several American states, including California, are determined to increase their commitment to policies that drive decarbonization of the energy and transport sectors.

California is the home of Silicon Valley, Tesla Motors, SolarCity, Facebook, Google and other companies that are strongly committed to a low-carbon future. The West Coast of the US – not Washington – is where the future is being invented.

Who will replace Tuchel at Borussia Dortmund?