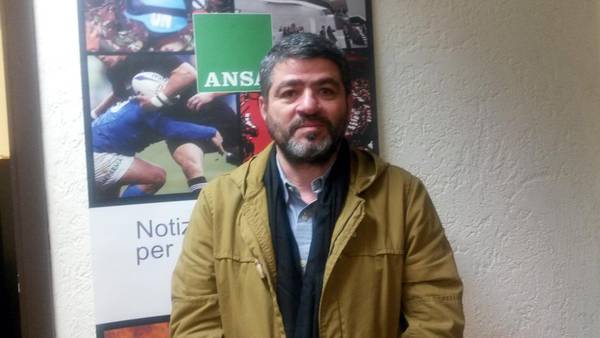 China is better, even if it is far. This sentence is still valid, and the Chinese dragon woke up again. The dragon explored its “old cards” and restored “the Silk Road” not for nostalgia, but to win the battle of the future.

The Chinese elite want to win this battle without waging a war. Chinese president Chi Jinping has chosen the “Belt and Road” initiative to be China’s way of winning the future. Certainly, many countries in the west, especially the USA, do not believe in these moves, as Beijing probably has a different vision and style. They prefer “strategic patience” rather than “rushing”—building now to harvest in the future.

We have to remember that China was patient in restoring Hong Kong, Macau, and Taiwan; however, it could restore them by force. The leaders of Beijing chose to wait at the border of the river until the “bodies of their enemies” came floating to them. Hence, China chose a set of vital points in its strategy, including six vital sea lanes, most notably the Suez Canal. It also chose “strategic countries” to form an alliance that would be strengthened over time.

I think the Chinese elite is aware that Egypt is in the middle of the golden triangle of the three major continents of Europe, Asia, and Africa, which was described by Soviet foreign minister Gromyko as the great prize in the Middle East! In the present time, Egypt is the leader of the Arab World and one of the coming tigers with great gas and renewable energy resources. Egypt can reach 1.6 billion people benefiting from the Free Trade Agreements. But how can we benefit from the strategic relationship with the Chinese dragon? So far, the answer is “unsatisfactory”, as China’s trade balance is not good, investments are not big, and Chinese tourism is low.

In short, the distance between desire and reality—not capacity—is still wide! I participated in the Belt and Road Forum to search for some answers to this common “desire” between the Egyptian and Chinese sides.

During the forum, Wang Gangi, the vice chairperson of the Chinese International Publishing Group, stressed the keenness of his country to cooperate with Egypt. Gangi and his colleagues asserted during the meetings their interest to cooperate with Al-Ahram Association—one of the largest publishing houses in the east. They discussed ways of cooperation, through the exchange of publications and holding exhibitions, cultural weeks, and training sessions, etc.


All what we have is just asking a question of whether China is ready to work hard on calming the conflicts, especially in the Middle East and Africa. It is a vital question that comes in response to the Chinese president’s assertion that some areas located on the old silk road are now linked to conflicts, turmoils, crises, and challenges.

Jinping said that “these conditions should not be allowed to continue.” He provided the solution to the current situation by promoting common, comprehensive, cooperative, and sustainable security, and by creating a secure environment that is built and shared by all.

“I think that the ‘Chinese recipe’ is creating common interests that are tempting to go beyond the bitterness of the past,” Jinping stated. However, the Middle East and Africa, and some of the old bitterness between Pakistan and India, overshadow the Chinese projects in Pakistan! Most likely, we should try hard, and Cairo should cooperate with Beijing in Africa.

I think that Egypt should have a “bigger share” of the trade and infrastructure networks linking Asia with Europe and Africa, because this is what it has done over the past years. It has enhanced this through the Suez Canal—Egypt’s gift to the world—and the most critical artery for international trade.

In an interview with the Egyptian Minister of Trade and Industry, Tarek Kabil, he explained that Egypt is ready to receive “huge investments” and that it focuses on the engineering industries (most notably the automotive industry), chemical industries, textiles, garment industries, and building materials industry. He pointed out that Egypt wants part of the cake of the ready-made clothes and textiles that are exported outside China.

In an open statement, Kabil said that he emphasised to the Chinese side during the talks on the importance of implementing the priority projects agreed upon. These are 18 projects in the fields of energy, transportation, and industry. I think the man was clear about China’s poor investment in Egypt.

The negotiations between the Egyptian delegation, which included Kabil; Sahar Nasr, the Minister of Investment and International Cooperation; representatives of the ministries of transport and electricity; and the vice chairperson of the Suez Canal Development Authority, were encouraging.

The cooperation and dialogue should continue. The Chinese company aims to make Egypt the largest country in the world in the field of fibreglass. They also talked about investments in the construction of new cities and projects of electricity and building materials.

Meetings were busy, but what about the other aspect of the relationship, namely tourism?!

One of the most important points was attracting 10 million Chinese tourists to Egypt, and I learned that the matter is already under study at the highest levels. I know that this is being discussed with the Chinese side, because the trade balance is in China’s favour and the matter of Chinese tourism to Egypt may be one of the areas where we can boost our exports to China.

In an interview with the Egyptian journalist and a foreign expert in Xinhua News Agency, Mohamed Mazen—who has been living in Beijing for years—said, “we can do that.” However, he acknowledged the lack of Chinese knowledge of Egypt, and the dominant idea is the Pyramids only!

Mazen offered a series of measures: the establishment of an Egyptian tourist year in China, as Turkey will do next year, and the use of unconventional ideas to attract Chinese tourists .

He also suggested enhancing the cooperation with the travel agencies, because the Chinese tourist cares about the language, the cost, and visa procedures. Therefore, we should benefit from social media as a tool to attract Chinese tourists, and we must focus on popular applications, such as “Wichat”, as sharing special moments attracts friends and family, and Egypt should focus on inviting public figures and celebrities as well.

Mazen said that the Chinese president’s visit to Luxor at the beginning of the Egyptian cultural year played a role in attracting Chinese tourists to Egypt.

The most important thing is to lay the foundations for a new strategic relationship between Egypt and China, and I think there are seven bases we can start with.

First: A joint strategic dialogue is needed to formulate a future vision on major strategic interests.

Second: A common strategy to settle conflicts in the Middle East.

Third: An anti-terrorism plan to put an end to extremism that threatens the Middle East and the world.

Fourth: The relationship between Egypt and China should rely on new foundations. The historical relations are very important, but the most important now is to set new foundations that meet aspirations of the new generations. “The Battle of Development” and “The Great Revival” should be the cornerstone of Egyptian relations with any country.

Fifth: The energy supplies witness major changes. The gas market went global, similar to the oil market, so the stability of these markets and supply routes have a direct impact on global growth and prosperity.

Sixth: It is very clear that China’s trade and economic interests in the Middle East in general and Egypt in particular are very large. Hence, more talks are needed to maximise the common interests of China and Egypt.

Seventh: The relations between people is very important, so we must promote cultural exchange and achieve the dream of increasing Chinese tourists to Egypt to five million people as soon as possible.

All these plans depend on the willingness of the parties. When we have the desire, the path would inevitably exist.