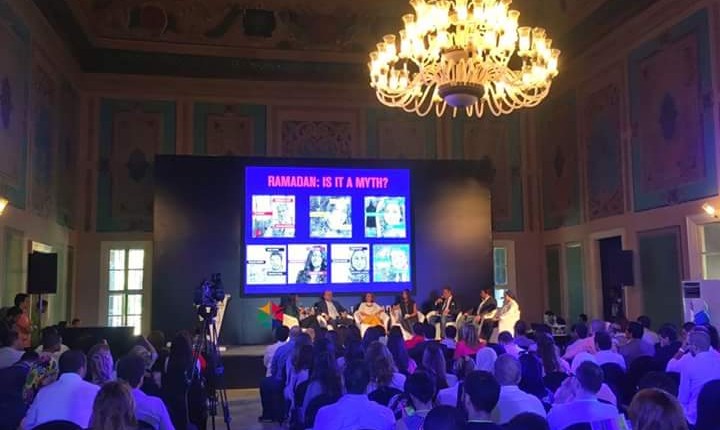 In what seemed to be a normal day of animal activist Sanaa Alaa’s life, she was playing, in the company of her daughter and a friend, with the stray dogs she had been taking care of since she moved to her home. With the light breeze of sunset, while Maghrib was about to be called, families of doormen gathered alongside stray dogs in the green sidewalk waiting to start having their food. The scene was then disturbed when a man got out of a large white van—she later knew it was the municipality’s—and started to put bluish food for the dogs to eat.

After her story captured the heart of many Egyptians for her will to give up her life in order to save stray dogs from being poisoned, Alaa shares her moments of facing death while trying to prevent the municipality from using strychnine to kill stray dogs in Sheikh Zayed, Giza governorate.

“At first I thought he’s one of the many people in the neighborhood who takes care of the dogs by feeding them from time to time,” Alaa told Daily News Egypt, “but the way he was sneaking with suspicious looks while wearing thick gloves made me watchful, so I got closer to know what sort of food they will eat.”

The dark blue chickens and the man’s way of putting them were clear signs of an attempt to poison the dogs.

That’s when she decided not to allow the man to do so, whatever the price was.

A video of Alaa went viral on social media on Thursday, showing her heavily shaking and crying out in severe pain after the poison entered her blood system shortly after she carried the pieces of food with her bare hands.

“Saving the dogs was not my only goal, there were children only a few metres away from the poison, which was all over the place; a child who could have taken one of the chicken pieces and touched its mouth afterwards,” Alaa recalls.

“I don’t care; these dogs have to be killed. I’m just doing my job!” was the answer Alaa got from the man after she yelled that there are children that can die from that as well.

After entering into a fight with the man, who soon started calling his colleagues for support to “keep away the mad, attacking lady,” Alaa grabbed the plastic bag full of chicken pieces; however, it got torn, leading the pieces to touch her body before falling on the ground.

“‘Don’t touch it; that’s strychnine,’ the man told me,” Alaa remembers, “but at that time nothing stopped me from collecting the pieces off the ground.”

After symptoms of poisoning occurred in a matter of minutes, the surrounding men were still fighting in order to take the remains.

“I heard them calling a doctor while screaming ‘a human being touched the strychnine,’” Alaa said, explaining that “they knew that just touching it can lead to death, yet they had no problem with letting innocent animals eat it.”

Alaa headed to a private hospital in Sheikh Zayed; however, she was met with rejection as the hospital has no toxicology department, before she was submitted to El-Qasr El-Ainy Hospital.

“‘No one states that this is a strychnine poisoning condition’ was the first thing the hospital’s manager told the staff before I even received any medical care,” Alaa said.

“The Minister of Health called me three times and stressed not to reveal any information about it,” she added.

Strychnine is a highly toxic poison which is officially forbidden to use in Egypt, according to Dina Zulfikar, the official spokesperson of Egypt’s animal activists, who said that Minister of Agriculture Abdul Moneim El-Banna told her that in a meeting following the case.

“Both the ministries of agriculture and health are not aware of the use of strychnine in animal poisoning, and El-Banna assured that the poison is illegally smuggled in through corruption,” she told Daily News Egypt.

Due to not being officially listed in the poisons register in Egypt, the Ministry of Health has neither a treatment protocol nor a serum for strychnine so far, leaving any case of poisoning to be treated with painkillers and hydration solutions, Zulfikar added.

Until now, the hospital would not give Alaa any official report on her condition, and after many fights and insistence, she received an unstamped report stating that she was “allegedly subjected to an unknown chemical substance.”

After her case caused an uproar among people, the city council reached out to Alaa.

“They told me that they have been looking for solutions for stray dogs for years but to no avail, and when I suggested that they can be neutered and put in shelters, the man who called me said that they are open for other solutions in order not to use strychnine anymore,” Alaa ended.

75 corruption cases in Egypt during May: PFT