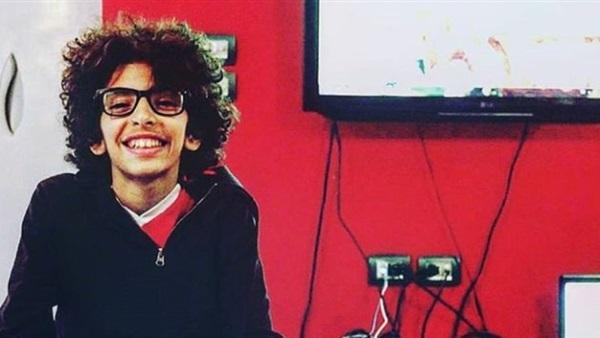 While Yusuf Alaraby, a 14 year-old–boy, was hanging out with his friends as usual on his way back home, suddenly, in the middle of a crowded street, he fell to the ground—a victim to a stray bullet that struck him directly in the head.

His friends, as young and innocent as him, were horrified and did not hear any gunshots in the vicinity; they only saw their little beloved friend who was just talking and laughing with them drowning in his own blood! Just like that—after a stray bullet caused him to lose consciousness! The ambulance took him to the nearest hospital to where the accident took place, “October University Hospital.”

After Youssef was transferred to the hospital and his condition had been examined, doctors told his mother, human rights activist Marwa Kennawy, that her son’s heart has completely stopped, that he was put on the ventilator after he had suffered a complete coma, and that he is waiting for a divine miracle. The mother didn’t give up hope, day and night praying to God for eleven days that her only child gets up and recover; however, sadly after the incident, the young boy, who was full of life and hope, died. All attempts to rescue him failed. Youssef died on Monday, and his funeral was held at Al-Hossari Mosque.

Well known for his patriotism, Youssef died and left his mother suffering the bitterness of his loss.

The question still remains: who guarantees that this incident will not be repeated again involving another innocent soul and destroying another family.

The sovereignty of the law and the justice in applying it on everybody is the only guarantee for a secure and stable life for all citizens.

Three of the five defendants were arrested; they confessed and admitted they were shooting bullets happily while celebrating the wedding of one of them, carelessly killing Youssef and wounding another girl who was in the vicinity as well.

The second fugitive is the son of the current deputy secretary of the Defence and National Security Committee, general Ahmed Abdul Talawab.

We all demand promptly arresting the fugitives no matter who they are, putting them on trial, and quickly punishing them. That is the least we can do for his mother who will never see her beloved son again.

This terrible incident occurred as a result of negligence, recklessness, and misuse of weapons, with no care for the lives of people and children. For more than 12 days now, the fugitives did not turn themselves in to the authorities in charge of the case, nor were they arrested or interrogated. Therefore, we must all continue to press for this to happen and wait for justice to take its course.

Every day, innocent lives are wasted due to negligence and the feeling that some citizens are above the law. Until when will a bunch of corrupted beneficiaries wreak havoc without being accounted for their shameful actions that cause the destruction of a whole family, a whole country?

We have to press and demand fiercely through each and every media platform that Youssef’s killers be subject to trials and be convicted. We must never give up demanding justice for everybody; we should insist on purifying our country from some of the corrupted officials in charge, those who adopt the policy of negligence and the trend of being above the law. Youssef’s killers must be subjected to trial; only then can we declare that we live in a country that respect all citizens equally; only then can we feel that we repaid Youssef and every Youssef in this country their dues.

Youssef’s right will remain our debt to his mum, who will never rest until she sees justice taking its course. And until then, may Youssef’s soul rest in peace and his mother be granted patience and solace.

Sahar Qassem is a former radio announcer and news editor, and a freelance translator