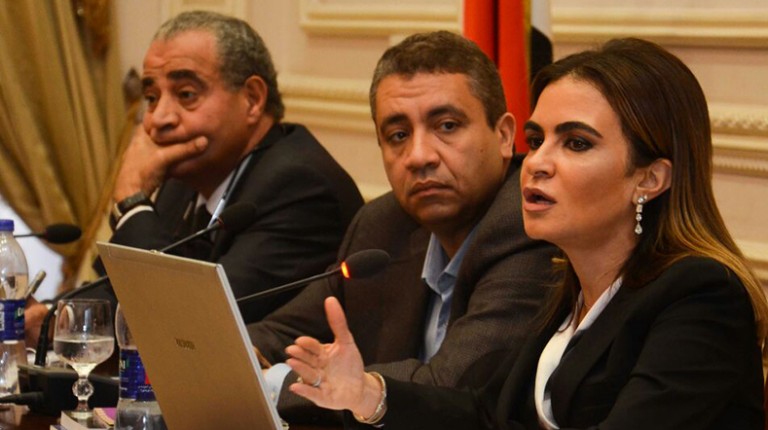 Minister of Investment and International Cooperation Sahar Nasr and Minister of Justice Hosam Abdel Reheem discussed on Monday at the Investment Ministry’s headquarters amendments of the law governing joint stock companies, private companies limited by shares, and limited liability companies, in the presence of representatives of various ministries.

The ministry said in a statement that the meeting had discussed the proposals submitted by the ministries to discuss adding them within the amendments of the Companies Law.

Nasr said that she will spare no effort to develop the legislative and executive structure of the business climate in Egypt and is developing an integrated programme to develop and modernise the legislations governing the economic activity as a whole in order to make a qualitative leap in the investment climate to be in line with global developments.

Nasr said that she issued decision No. 94 for year 2017 on the amendment of the bylaws of the law. The decision is related to the third paragraph of Article 203 of the bylaws, to extend the period for notifying shareholders before a general assembly to 21 days at least.

She explained that the amendment was part of the state’s interest in improving Egypt’s status on international reports related to the investment climate for the positive impact this would have on encouraging and attracting domestic, Arab, and foreign investment. These reports include the “Doing Business” report issued by the World Bank, containing ten indicators related to the extent to which the legislative framework of countries protects minority investors, in addition to the competitiveness report issued by the World Economic Forum.

The minister pointed out that the government is keen to protect small investors and the money market, and is preparing the Companies Law to support the Investment Law, noting that the proposals will be presented to the cabinet in the coming meeting.