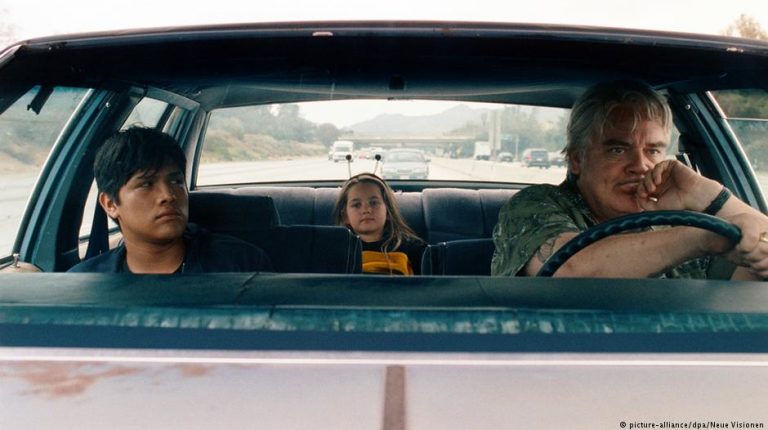 While Trump hasn’t lost sight of his proposed wall on the US-Mexican border, the region has inspired filmmakers for centuries. Some of their films are being shown in Berlin – a city that has experience with walls.Considering Hollywood’s proximity to the Mexican border, it’s not surprising that US cinema has dedicated countless films to the region. Titles like “Borderline,” “Border Run,” “Borderline Murder,” and “Borderland Blues” spring to mind.

Focus on the drug war

As the titles suggest, most of the films deal with crime, drugs, corrupt politicians and criminals of all threads. More recently, movies about the US-Mexican border have taken up issues of poverty, migration, Mexicans looking for work in the US and young people fleeing crime in their home country.

What used to be westerns and crime films have become drug thrillers and social dramas.

It’s not a coincidence that Berlin’s Arsenal cinema – a renowned theater that specializes in historic films and current cinema trends – is currently presenting a series of productions dealing with the border between Mexico and the US.

President Donald Trump and his plans to build a wall along the border aren’t the only reason. Cinema from Mexico has been booming recently – particularly with artsy, intellectual films.

Oscar-winning star director Alejandro Gonzalez Inarrituis perhaps the most famous filmmaker from Mexico – but there are quite a few others worth keeping an eye on. And, naturally, many of them choose to focus their cameras on the region that, thanks to Trump, has been in the spotlight for months.

“Porous Boundaries: New Paths Through Mexican Film” is how Arsenal cinema headlined its film series, which includes 15 movies shown throughout the month of June.

“Their very diverse films have something important in common: They refer to porous boundaries of different kinds,” said the Berlin curators of their featured filmmakers.

The films portray realities from the core of Mexico as well as its periphery, showing that events set in Tijuana in the North, Chiapas in the South or Merida in the West reveal just as much about the country as the stories that come from the metropolis of Mexico City.

The “highly politicized” border between Mexico and the US is the focus of some of the films – a region the organizers referred to as “a seedy in-between area that is home to border-crossers of all kinds and provides fertile soil for both dreams and fiction.”

Crossing borders musically: Dresdner Sinfoniker will not be silenced

US releases Country Reports on Terrorism