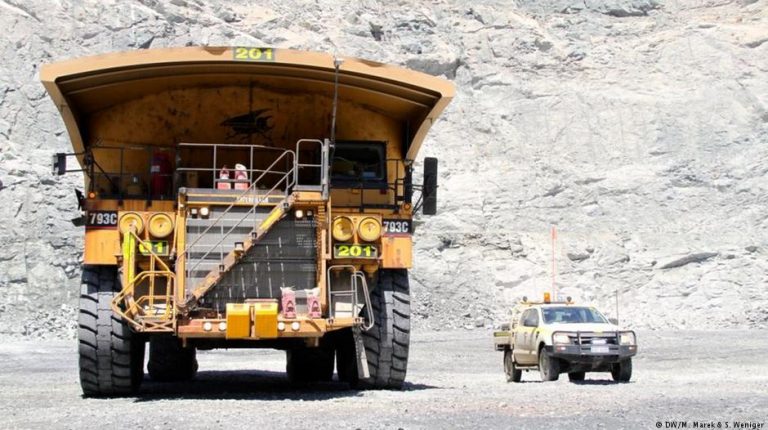 Australia’s economy recorded just enough growth last quarter to match the Netherlands’ record of 103 quarters without recession. But analysts warn of a slowdown as households struggle with low wages and high debt.Government data out on Wednesday showed gross domestic product (GDP) rose a modest 0.3 percent in the first quarter, a pullback from the previous quarter’s rapid growth of 1.1 percent.

The reading beat expectations, with some analysts predicting a contraction following a category four cyclone in late March as well as weak trade figures and tepid wages growth.

Craig James, chief economist at CommSec said in a note that, in addition to the weather event, the Australian economy had to contend with uncertain geopolitics, the unwinding of the mining construction boom and variable housing markets. “Economic growth has trekked a zig-zag path but the bottom line is that the doomsayers will need to find another target.”

Australia last recorded two negative quarters of economic growth in March and June 1991, before enjoying 103 quarters without a recession to equal the record run set by the Netherlands, which ended in 2008.

The resources-rich nation’s long stretch of expansion was supported by economic reforms in the 1980s and 1990s, such as the floating of the local currency, a flexible labor market, financial sector and capital markets deregulation and lower tariffs.

The country also benefited from China’s economic growth and hunger for natural resources, which led to an unprecedented mining investment boom and record commodity prices.

Clouds on the horizon

Perhaps the most worrying risk to Australia’s record is subdued consumer spending as Australians are burdened by record-low wage growth and high levels of mortgage debt. The share of GDP contributed by wages is at its lowest since September 1964.

Household consumption grew at just 2.3 percent in the year to March, half the pace that was considered normal a decade ago. Household debt is a dangerously high 189 percent of disposable income and well above much of the rich world.

To maintain their spending habits Australians are having to save less. The savings ratio dropped to 4.7 percent in the March quarter, a fall of two full percentage points in just a year and the lowest since late 2008.

“A lot of the rise in consumption was because households further reduced their saving rate to a 10-year low,” said Paul Dales, chief economist at Capital Economics. “They can’t do that indefinitely, so we suspect that slow income growth will soon result in more modest consumption… and signs of a more sustained slowing in GDP growth are emerging.”

Currently, Australia is making a rocky transition away from a dependence on mining investment as the boom ends. In the March quarter, net exports detracted 0.7 percentage points from growth.

Also down was property investment, falling by 4.4 percent, as prices in the housing market, particularly in Sydney and Melbourne, suggest the boom of the past is coming to an end.

As a result, the Reserve Bank of Australia (RBA) bank has cut interest rates to a record-low of 1.50 percent since November 2011 to support growth in non-resources sectors. The central bank is expected to remain on the sidelines for some months amid the soft income outlook.

“Overall, today’s data are consistent with monetary policy remaining on hold,” National Australia Bank economists Riki Polygenis and James Glenn said in a note. “The RBA will look through the volatility [in economic growth], however mixed labour market outcomes and weak wages and inflation data will prevent any hike.”