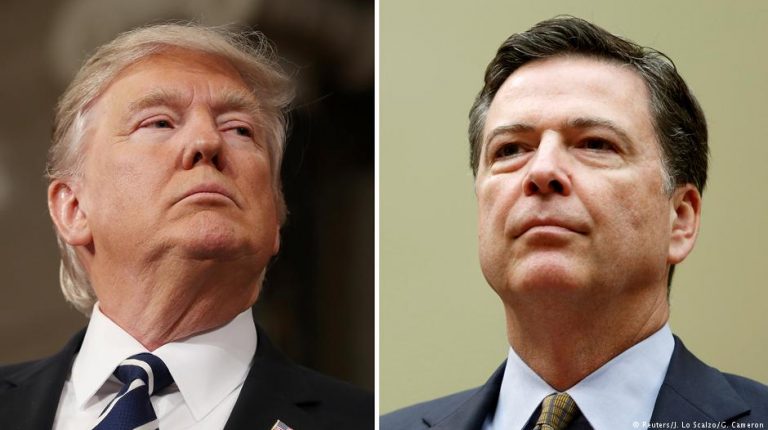 Alex Whiting: His testimony will be critical. Because the question of whether President Trump committed obstruction of justice in his interactions with Comey will turn on the details of what Trump said exactly to Comey and the context and circumstances under which those conversations took place. The details of all of that will be critical to making an assessment of whether Trump violated the law because to make that determination you have to look to see whether Trump did something to try to impede the investigation, but also what his intent was.

The law requires that you show that he had a corrupt or improper intent, meaning that he wasn’t dismissing Comey for example because he thought Comey was doing a bad job, but dismissing Comey in order to stop the investigation. Making those assessments requires a very detailed and careful analysis of all of the circumstances of the interactions. And that’s why Comey’s testimony, in which he is expected to give detail about those interactions will be critical to an assessment.

Probably the most anticipated question is whether Comey will publicly confirm what has been reported, namely that President Trump asked him to end the FBI’s investigation into former National Security Advisor Michael Flynn’s ties to Russia. What do you think will Comey say on this issue?

Some people are suggesting that perhaps Trump was just trying to put a good word in for Flynn and not obstruct the investigation, but try to in a way assist the investigation. Most people don’t read the conversation that way as it has been described. It looks instead rather than an effort to end the investigation, but making the determination between those various possibilities what Trump was doing and what he intended to do will require more detail about the words he used.

Do you expect Comey will directly accuse President Trump in any way or do you believe he will perhaps be more careful because there is also an ongoing FBI investigation headed by the new special counsel Robert Mueller and both had reportedly talked before Comey agreed to testify?

I would not expect Comey to accuse President Trump of anything. I don’t think Comey would think this is his job.

As you said there is now a special counsel who is investigating all of this and there are also investigations being conducted by Congressional committees. Comey will understand that his role at the Senate Intelligence hearing will simply be to provide information and not to make accusations.

Do you believe that there actually is something that Comey could say that would trigger an impeachment process, which is of course a political, not a legal process?

Even at this stage it is hard to imagine that we are moving toward impeachment in part because, as you say, impeachment is a political process and the Republicans still control the Congress. Impeachment is a dramatic event which is enormously disruptive to the American political system and it is not an outcome that anybody would push toward lightly. I think we are still not near impeachment. However, if Comey provides clear evidence which shows efforts by the president to obstruct or impede his investigation that will certainly add to the momentum towards political consequences.

I think it will be a little bit of both. It’s a political body that’s polarized and has considerable division, so there will be moments of politicization and Democrats who are looking to take advantage and Republicans who are looking to damage Comey’s credibility for political reasons. However, I think there will be a bipartisan center here because first Comey is a widely respected figure in Congress and I think he will be taken seriously and secondly because obstruction of justice allegations are serious and will not be taken lightly. I think there will be considerable bipartisan effort to try to get to the bottom of what happened.

What should people around the world who are not necessarily familiar with this whole process pay attention to in the Comey hearing?

The key thing here will be if Comey says that his interpretation of Trump’s words either in the conversation that occurred regarding the dropping of the Flynn investigation or any other conversation that he reveals was that Trump was asking him to stop the investigation. That will be critical. If Comey understood the words that way that carries an enormous amount of weight and that would be significant evidence of an attempt to obstruct justice. Ultimately, if there is one thing to look for it is how did Comey understand what was being said to him.

What would be the consequences if Comey would say exactly that in the hearing?

First, this would be politically very damaging for the president even if it doesn’t ultimately reach impeachment. It would be an enormous blow and would undermine his legitimacy. Secondly, it would certainly add to the momentum for there to be consideration of impeachment. Obstruction of justice and interference with the justice process in the United States is a very, very serious allegation.

Alex Whiting is a former US federal prosecutor and a former lead prosecutor of the International Criminal Court in The Hague, where he was in charge of several high-profile cases. He is currently a law professor of practice at Harvard University.

The interview was conducted by Michael Knigge.