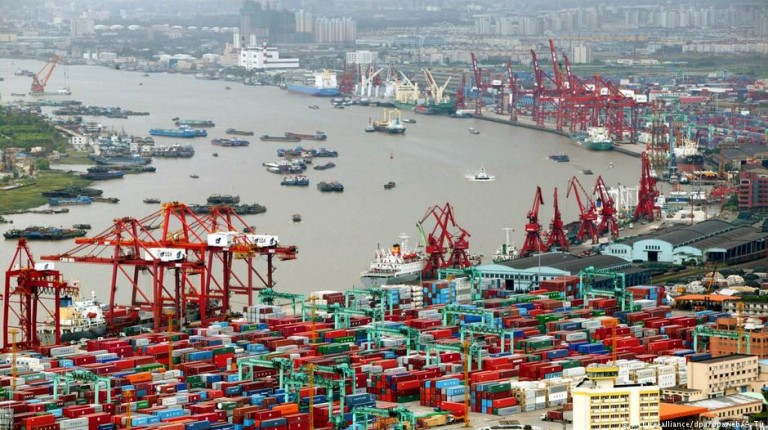 The world’s second-largest economy has seen a surge in both exports and imports. Fresh official figures revealed a further widening of the country’s trade surplus, a thorn in the side of US President Donald Trump.China on Thursday posted a forecast-busting increase in its trade activities in May, with official data signaling improvement in the national economy.

The readings were good news for many economists, who had seen a string of weak data in previous months, while others voiced concern about US President Donald Trump’s protectionist rhetoric. He had frequently said that China’s and above all Germany’s large trade surpluses were “bad” for the US.

China’s economy has recently had to deal with weaker demand and excess industrial capacity left over from a debt-fueled infrastructure boom.

Beijing has aimed to retool the economy into one driven by consumer demand rather than state investments.

The government is hoping that its much-vaunted Belt and Road project will provide a new source of growth. It has earmarked hundreds of billions of dollars for investment in roads, railways, ports and power plants in over 60 nations across Asia, Africa and Europe.

World Bank sees global economy on the up