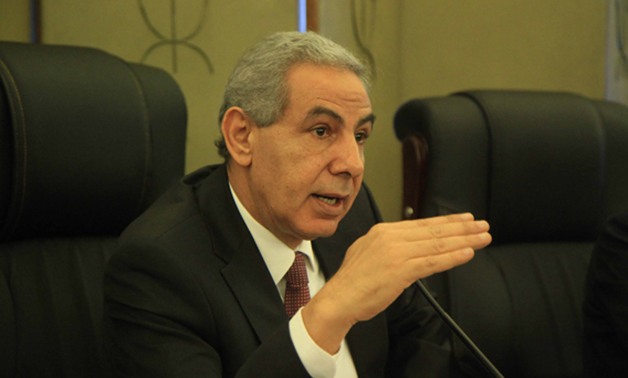 Minister of Trade and Industry Tarek Kabil said that President Abdel Fattah Al-Sisi’s visit to Germany next week to participate in the German-African summit under the title of “Investment Summit is a Common Future” represents a major boost to develop trade and economic relations between Egypt and Germany.

Kabil added that the Egyptian-German Business Forum, which aims to create a constructive dialogue between Egyptian companies and their German counterparts, is set to establish new joint venture projects that achieve the mutual interest of both sides.

This came during the bilateral talks between Kabil and German ambassador to Egypt Julius Georg Luy. The two sides discussed the development of economic cooperation between the two countries and means of boosting bilateral trade and joint investments between Egypt and Germany in the coming period.

The visit will also include holding meetings of the Egyptian-German Economic Committee headed by Kabil and his counterpart, the German federal minister for economic affairs and energy. Al-Sisi will attend the signing of the final record of the committee, which includes cooperation in the areas of agriculture, food, energy, transportation, infrastructure, and tourism, according to the Egyptian minister.

The minister pointed out that the German investments in Egypt amounted to $619.2m in the chemical, automotive, telecommunications, iron and steel, oil and gas, health care, and automotive component sectors.

Germany ranks 20th on the list of countries investing in the Egyptian market.