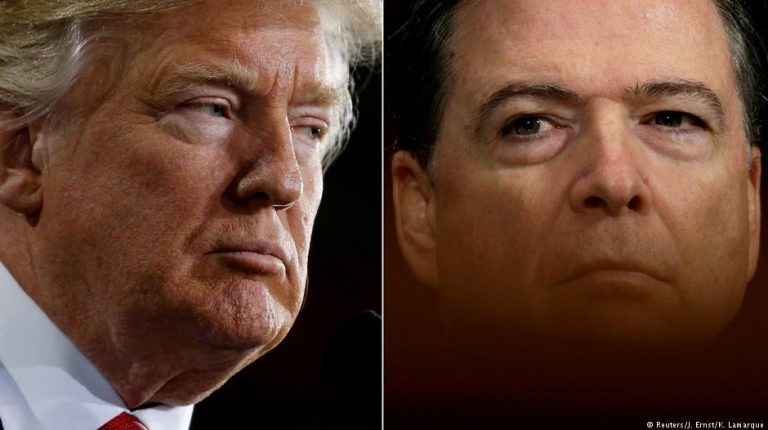 With fired FBI director James Comey’s testimony on Thursday the focus is on the Senate Intelligence Committee. But that inquiry is only one of five active investigations into the Trump campaign’s possible ties to Russia.The Special Counsel investigation

Led by former FBI director Robert Mueller the FBI’s investigation into the Trump campaign’s ties to Russia is generally seen as the most significant inquiry. It carries special weight because it is the only criminal – not political – probe and because the man heading it, Robert Mueller, is widely regarded as an independent mind willing to go wherever the information gathered leads him. Unlike the other Congressional investigations which are controlled by Republicans (who hold the majority in both chambers of Congress) and conducted by lawmakers who have many other obligations, perspectives and time constraints, Mueller and his staff can dedicate their entire time and energy to this investigation.

Led by Senators Richard Burr and Mark Warner, a Republican and Democrat respectively, this inquiry by the Senate Intelligence Committee stands out from the other Congressional investigations because – compared to the others – it is conducted in a more bipartisan manner.

While Richard Burr supported Trump during the election campaign he since publicly lauded James Comey and has criticized the president for firing him. Burr already announced a year ago that he won’t be running for re-election in 2022, which may make him more immune from potential political pressures in his handling of the investigation. The Senate Intelligence committee and its sister committee in the House by definition have access to classified information that the other Congressional committees do not normally possess.

Compared to their colleagues in the Senate, the House inquiry has been notorious for the inability of its leaders to cooperate. This climaxed in Republican Representative Devin Nunes, who still heads the Intelligence Committee, stepping down from his leadership role in the investigation after the House Ethics Committee launched an inquiry into whether Nunes had disclosed classified information. The House inquiry is now being led by Republican Michael Conaway and Democrat Adam Schiff.

Changes are afoot as well for the House Oversight Committee’s investigation into the Trump-Russia-Comey complex. The committee’s chairman, Republican Jason Chaffetz, announced in May that he would leave Congress at the end of June. Chaffetz, who had been criticized for being too soft in his conduct of the investigation, made headlines when an angry crowd during a town hall meeting loudly called on him to do his job. His Republican successor as committee chair will continue the inquiry with Ranking Democrat Elijah Cummings.

The Senate Judiciary Committee and its subcommittee on terrorism and crime are also looking into the Trump campaign’s possible ties to Russia as well as the reported Russian interference in the election process. The investigations are led jointly by the Republican Committee Chairman Chuck Grassley and Democrat Ranking Member Dianne Feinstein and by the Republican subcommittee head, Lindsey Graham, and Democrat Ranking Member Sheldon Whitehouse. The Senate judiciary probe made news recently with the testimony of former Acting Attorney General Sally Yates, who was also fired by President Trump after refusing to enforce his travel ban on citizens of several Muslim-majority countries.