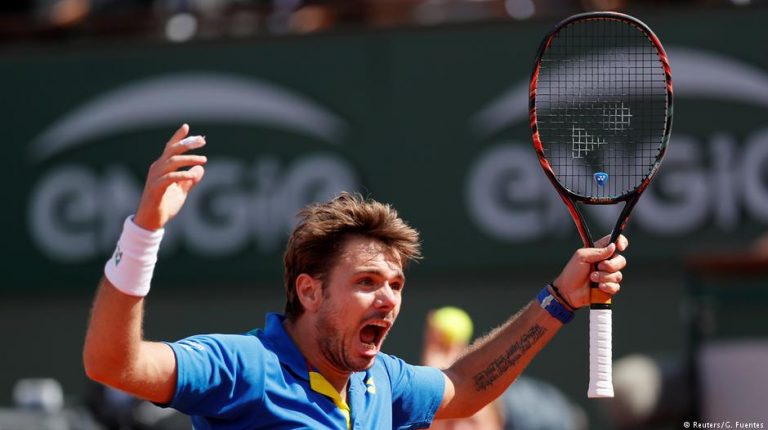 Third seed Stan Wawrinka has beaten world number one Andy Murray in a contest that had fans on the edge of their seats. In the other seminfinal, Rafael Nadal cruised past Dominic Thiem in straight sets.Friday’s French Open semifinals produced two matches of the highest quality to set up a mouthwatering final between Stan Wawrinka and Rafael Nadal.

“It’s incredible to be in another Roland Garros final,” said Wawrinka, now aiming for a fourth grand slam. “I was hesitant in trying to finish the first and third sets but I felt like I could retake control.”Read: Dark horse Wawrinka races towards French Open finishing line

Murray twice came back in spectacular fashion to take the first set. With the score at 5-3, Wawrinka was serving for the set before Murray roared back. Then in the tiebreak, he fended off set point in a tiebreak to take the lead.

In the second set, Wawrinka broke Murray to love in the seventh game and broke again in the final game to win 6-3. Having won the final four games of that set, Wawrnika continued to dominate the third. However, despite taking the first three games, the Swiss star lost control and Murray rallied back.

“I tried to keep fighting, but he played well at the end,” said last year’s losing finalist Murray. “I was a tiebreak from getting to the final in a tournament which I came into struggling.”

Read: What now for Novak Djokovic after shock quarterfinal loss?

Neither player was able to force even a break point in the fourth set. Wawrinka maintained the upper hand in the tiebreak to take the game into a fifth and final set,

Wawrinka opened the decisive set with an immediate break of serve. With the game passing the four-hour mark, Wawrinka appeared to gain an extra burst of energy against the tiring Murray. The result was never in any doubt after the second break of serve and Wawrinka powered home.

His opponent in the final will be nine-time champion Rafael Nadal, something Wawrinka described as “probably the biggest challenge you can have in tennis.” The Spaniard comfortably beat Dominic Thiem 6-3, 6-4, 6-0 in the other semi-final.

The young Austrian started in promising fashion, breaking serve in the very first game. But that was about as good as it got in the first set as Nadal’s experience quickly began to tell. Nadal played a solid game and was always in control against the sixth seed.

Thiem is the only man to have beaten Nadal on clay this year, but Roland Garros is almost Nadal’s living room. The Spaniard cruised home in the end and now has the chance to become the first man in history to win the same grand slam ten times.

On this form, it would be foolish to bet against him. In six matches so far, Nadal has only dropped 29 games.

“I don’t care about the games I lost or not, or sets, or these kind of things,” Nadal said. “The only thing I care about is I have been playing very well during the whole event.”