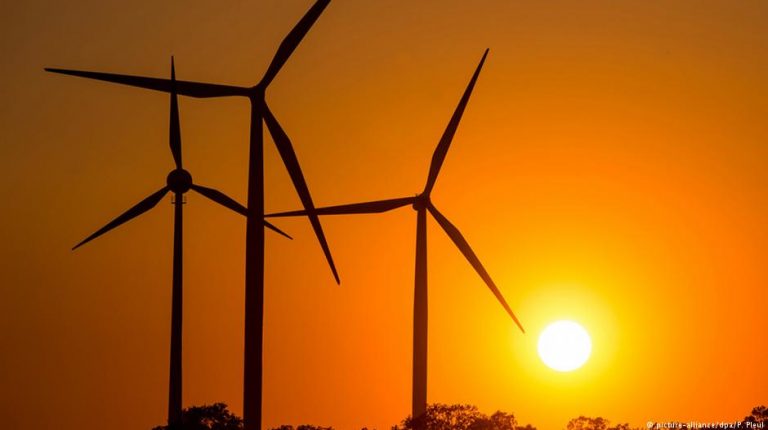 “Energiewende” is Germany’s energy transition policy, marking a shift from coal and nuclear towards green power sources. The project has divided voters over rising costs and negligible benefits for the environment.The promise was sweet: Germany’s transition towards a low-carbon society would cost the average household no more than 1 euro ($1.1) per month, “the price of a scoop of ice cream,” as Jürgen Trittin, then minister for the environment, put it in 2004.

As it turned out, the project is not that cheap. According to a recent study commissioned by a neoliberal think tank, 150 billion euros have been spent so far, and the bill is estimated to reach half a trillion euros by 2025.

If these figures prove correct, they would translate into not a weekly, but a daily serving of ice cream, and then some.

Since 2000, German households have seen their electricity bills double. With 30 cents per KWh, prices are almost twice as high as in France, and 40 percent higher than the EU average.

That is largely due to generous subsidies for producers of renewable energy, from home owners with solar panels on their rooftops, to operators of wind farms and biomass plants.

On the upside, the subsidies helped boost renewable energies from 6 to 30 percent of all power production. The goal is to reach 60 percent by 2050.

Parallel to the rise of renewables, the government imposed restrictions on coal power plants and decided to phase-out nuclear power by 2022.

On a good day – with lots of wind and sun – Germany can cover its energy needs by renewable sources alone. But good days are rare, and big problems remain.

How can surplus wind and solar power be stored, to be used on calm and cloudy days, or at night?

And who is to pay for the additional power lines needed to get the energy from where it is created – offshore wind parks in the north, for example – to where it is needed – say, factories in the industrial south.

While scientists work on solutions, Germany is effectively operating two energy systems in parallel: one for renewable sources, and one for fossil fuels to cover the gaps.

That is costly and inefficient. And it has been a blow to the big energy companies, resulting in record losses, layoffs and split-ups.

How green is it?

Has it helped the climate? Not really, at least not yet. Germany is part of the malfunctioning EU emissions trading scheme. Every ton of CO2 saved here is polluting the air elsewhere in Europe, at minimal costs for companies.

So, is the Energiewende being botched, the energy-sector equivalent of the Berlin airport, with exploding costs and no end in sight? Or is it an example to be followed, paving the way to a greener future?

The public’s support for the transition to a low-carbon and nuclear-free economy remains high. The controversy revolves around how best to manage that transition.

The problem for voters: All the established parties have been in power at some point during the Energiewende, and the borders have blurred since Merkel’s conservatives completed the Greens’ project by declaring the end of nuclear. Weighing their options, voters might decide to enjoy another ice cream.

What happens with German renewables in the dead of winter?