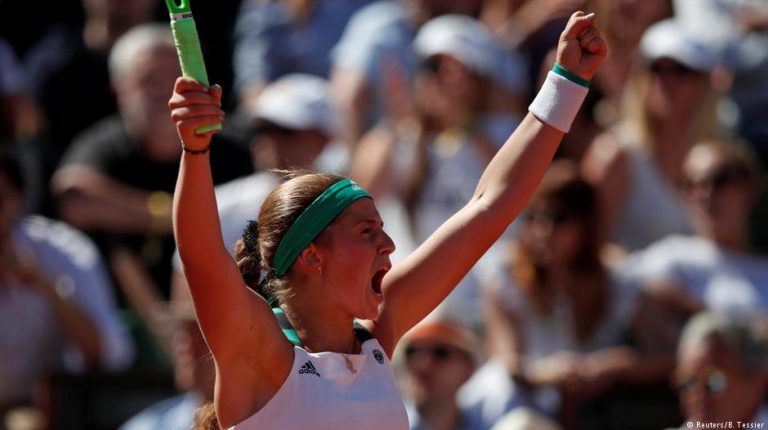 A set and three games down, Jelena Ostapenko looked like she would lose in her first grand slam final. But the Latvian fought back in superb style to become the first unseeded woman to win at Roland Garros since 1933.Jelena Ostapenko became the first Latvian to win a grand slam title when she beat Romania’s Simona Halep 4-6 6-4 6-3 in the French Open final on Saturday.

The 20-year-old Ostapenko is the first unseeded woman to lift the Coupe Suzanne Lenglen since Britain’s Margaret Scriven in 1933.

Halep led by a set and 3-0 in the second and was cruising towards her first grand slam title when her opponent began the fightback.

Ostapenko, who hit a staggering 54 winners compared with Halep’s eight, managed to clinch the second set 6-4 and carried that momentum into the decider, overwhelming her opponent to win 6-3.

It was the second defeat in the final here for Romanian Halep, who was also bidding to become world number one by winning the trophy.

Ostapenko, ranked 47 in the world, was the first woman since American Jennifer Capriati in 2001 to win the singles title at Roland Garros after losing the first set in the final.