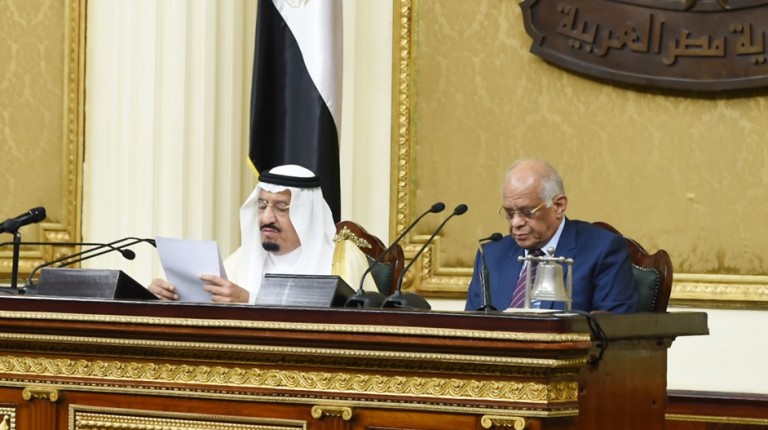 The parliament’s Legislative and Constitutional Committee started discussions Sunday on the Egyptian-Saudi maritime demarcation agreement that seeks to transfer the sovereignty of the islands of Tiran and Sanafir to Saudi Arabia.

Parliament speaker Ali Abdul Aal will head the session, which will continue until the conclusion of the agreement discussion. Results of the discussion will be presented in a general session for all members to vote on.

Government officials and experts of various fields will attend the sessions to provide their views regarding the agreement.

Media outlets reported that the Minister of Foreign Affairs, Sameh Shoukry, will attend the discussion session.

During discussions, the terms of the agreements, all the documents, and maps will be reviewed regarding nationality of the sovereignty of the islands. The parliament aims to decide on whether to hand the islands over to Saudi Arabia or not.

The head of the committee, Bahaa Abu Shuqa, said that they will announce which sessions media outlets can attend and report on.

Parliament will discuss the agreement in accordance with Article 151 of the Constitution.

On 8 April, the government concluded the demarcation deal with Saudi Arabia during an official visit by Saudi King Salman bin Abdulaziz Al-Saud.

The case, known as the “Red Sea islands” case, has been the source of public controversy since April, after the Egyptian presidency announced the islands would return to the sovereignty of Saudi Arabia.