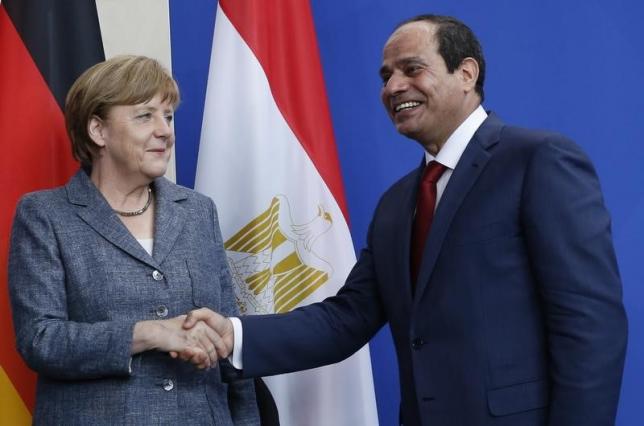 President Abdel Fattah Al-Sisi opened on Monday the German-Egyptian Economic Forum in Berlin in a business-focused visit to Germany that is to last for two days in a bid to lure foreign investors to boost Egypt’s economy.

While delivering the opening speech, president Al-Sisi highlighted he range of investment opportunities in Egypt with a view to encouraging further investment in the nation’s economy.

Al-Sisi also reviewed a range of large-scale development projects conducted by the state, such as the Suez Canal Area Development Project and the construction of a New Administrative Capital.

The president’s visit to Germany includes also taking part in the G20 Africa Partnership conference on 12-13 June, which focuses on business and investment opportunities in Africa, with the participation of the World Bank and the International Monetary Fund (IMF), as well as several African heads of state.

During the G20 conference, Al-Sisi is due to deliver a speech about the challenges facing African countries.

He will also take part in a panel discussion hosted by Merkel on private investment in infrastructure and partnerships between the private and public sectors.

Last November, the first German passenger flight arrived at Sharm El-Sheikh Airport, putting an end to the European country’s one-year travel ban to the Red Sea resort city after a Russian passenger plane was brought down by a terrorist bomb in Sinai in 2015.

Meanwhile, Minister of investment and International Cooperation Sahar Nasr said in a press release that Egypt signed a 203.5m agreement with its German counterpart in small enterprises and renewable energy fields.